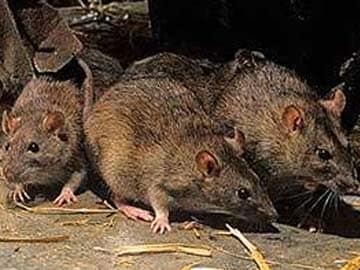 Complaints about rodents shot up by 2,000 or more than 10 percent last year and health officials are failing to implement pest control measures, a watchdog warns.

In an audit unveiled over the weekend, New York comptroller Scott Stringer says the city received 24,586 online and telephone complaints about rats in 2013, up from 22,300 in the previous year.

New York is no stranger to rats.

Rodents are regularly spotted scampering in and out of subway tracks and although rarely seen in daylight they can also hide out by the bins or among trash bags dumped on the street for collection.

The city's Department of Health and Mental Hygiene did not adequately follow procedures for addressing complaints, and inspections were not performed consistently or in a timely manner, the report found.


Twenty-four percent of cases were not inspected within the target time of 10 days, including 160 complaints where there was no evidence there was ever an inspection, it said.

"You've got to attack this problem in a very serious way and a very quick way," Stringer said.

Promoted
Listen to the latest songs, only on JioSaavn.com
But the department strongly disagreed with the audit's assessments.

It said auditors reached "incorrect conclusions" because they focused only on complaints and ignored non-complaint inspections, which it said account for more than 85 percent of inspections done.