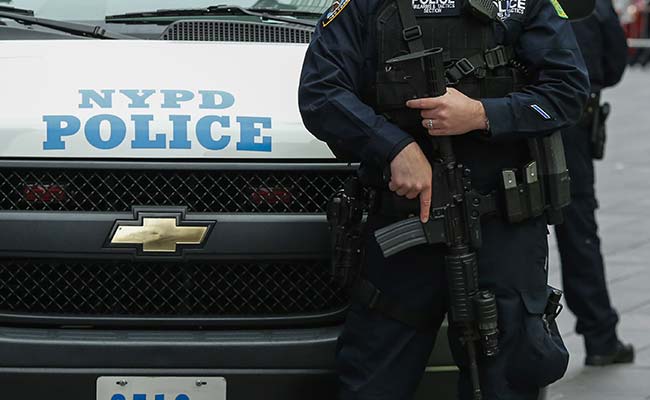 The man was critically injured and in custody, the police said (Representational)

A man was shot and critically injured by police after he opened fire near crowds who had gathered to watch carol-singing outside a New York church on Sunday.

"He's critically injured and is in custody," she told AFP.

An AFP journalist who witnessed the incident said she saw the man firing shots from the steps of the Cathedral of St John the Divine in Manhattan as a few hundred people started to disperse after the outdoor choral concert when it finished around 4:00 pm (1600 GMT).

"I heard two or three booms that were really loud," she said. "I looked up and maybe ten meters away from me on the stairs there was a guy shooting.

"I saw the bursts of gunfire coming out of the gun and I just started to run away. I just ran for my life."

"He was shooting without aiming at anybody," she told AFP, adding that the man was shouting "Shoot me, kill me."

"Online World Should Not Be Wild West": Australia To Unmask Online Trolls