The companies the Treasury is targeting with sanctions fall within the international network of Russian microelectronics company AO PKK Milandr. 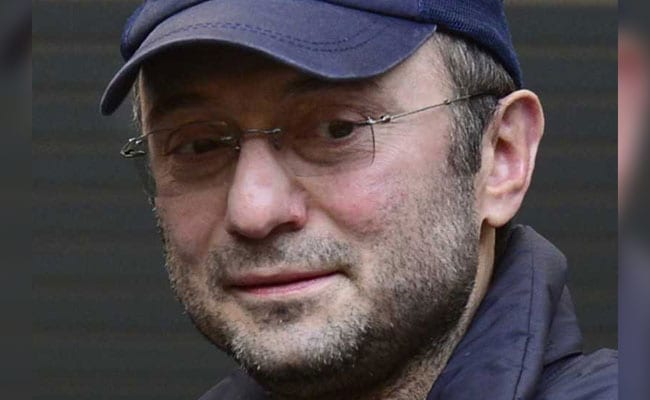 The sanctions also freeze any assets those targeted have under US jurisdiction.

The US Treasury announced sanctions on Monday on a Russian defense procurement network and blacklisted private aircraft and companies in France and Switzerland tied to oligarch Suleiman Kerimov.

The companies the Treasury is targeting with sanctions fall within the international network of Russian microelectronics company AO PKK Milandr, which it said was vital to the supply of microelectronics to the Russian defense industry.

The Treasury named affiliates and agents of Milandr in Switzerland, Armenia, and Taiwan to the sanctions list, which bans US individuals and entities from doing business with them, aiming to lock them out of global financial and commercial markets.

The sanctions also freeze any assets those targeted have under US jurisdiction.

"The United States will continue to expose and disrupt the Kremlin's military supply chains and deny Russia the equipment and technology it needs to wage its illegal war against Ukraine," Treasury Secretary Janet Yellen said in a statement.

In addition, the Treasury took aim at the sprawling network of Russian mining tycoon Kerimov, who is already on the US sanctions blacklist.

The sanctions will target Kerimov's wife, children, and a nephew, four French real estate firms controlled by one of his daughters, and a Swiss national who is president of those four companies.

Another Swiss national, Alexander-Walter Studhalter, and Russian businessman Murat Magomedovich Alievwas, were sanctioned for their involvement with more than a dozen companies in Kerimov's financial network, according to the Treasury.

In addition, the Treasury placed a block on eight small jet aircraft it said were luxury planes used by Kerimov's family, leaving them potentially vulnerable to seizure.

In May, the United States got authorities in Fiji to seize Kerimov's 348-foot (106 meter) luxury yacht Amadea, which is now impounded in San Diego, California.

"The United States will continue to crack down on Russia's attempts to evade international sanctions to fund its war machine.  Businesses worldwide are advised to do their due diligence in order to avoid being targeted for sanctions," said US Secretary of State Antony Blinken in a statement.