New system tells how far your email has travelled 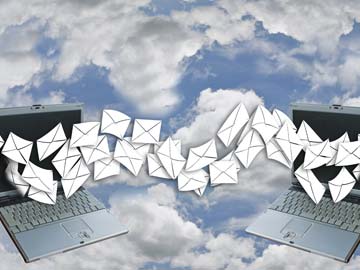 London: A new system that uses GPS technology to calculate the number of miles an email has travelled before reaching an inbox has been developed.

The system known as Email Miles, uses Global Positioning System (GPS) technology and internet tracking to determine where a message was sent and where it was received.

It then calculates the total distance between the two and displays it on the screen alongside a map.

Inventor Jonah Brucker-Cohen, a design lecturer, said he hoped that it would remind people how quickly they can communicate in a digital world, 'The Times' reported.

The system also shows how indirect the route of many emails can be.

An email sent from New York to Dakar, in Senegal demonstrates how the system works.

Promoted
Listen to the latest songs, only on JioSaavn.com
Brucker-Cohen said the system does all of its time and distance calculations using the internet and a coordinate mapping system.

"When all of the mileage amounts are tallied, it adds them all and provides the user with a map, the countries, continents and miles the email travelled," Brucker-Cohen said.