Tree, Thought To Be Extinct 2 Million Years Ago, Now Grown In Australia

The new population of ancient trees translocated by the NSW Office of Environment and Heritage, acts as an "insurance policy" for the original group. 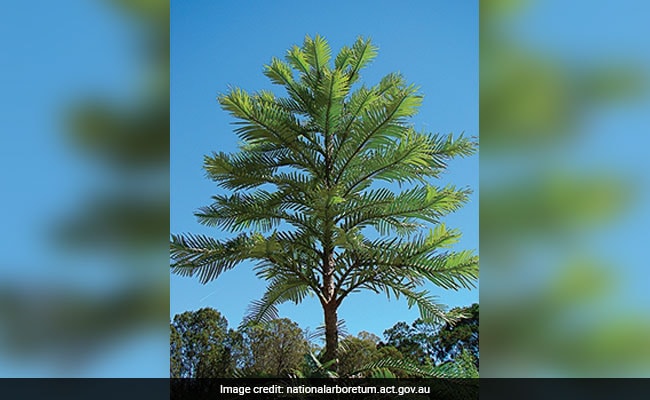 Botanists believe the ancient tree came into existence some 200 million years ago.

Sydney: Australia's New South Wales (NSW) state is cultivating the rare Wollemi Pine or the "Dinosaur Tree" as an "insurance policy" for the sustenance of the fragile species, researchers said on Monday.

Previously thought to have been extinct for 2 million years and only known from fossil records, Wollemi Pine was discovered in 1994 at a remote canyon in the state's Blue Mountains region, reports Xinhua news agency.

"It's one of the world's oldest and rarest plants from the time of the dinosaurs and there are less than 100 trees left in the wild," NSW Environment Minister Gabrielle Upton said.

The new population of ancient trees translocated by the NSW Office of Environment and Heritage, acts as an "insurance policy" for the original group.

Cathy Offord, principal research scientist at The Royal Botanic Garden Sydney, said the insurance plantation has started producing seeds and cones and is doing better than those in the wild.

"Some 83 per cent of the insurance Wollemi pines are surviving and have increased in size by up to 37 per cent making them mature enough to produce potentially viable seeds much earlier than expected," she said.

Promoted
Listen to the latest songs, only on JioSaavn.com
Botanists believe the ancient tree came into existence some 200 million years ago.