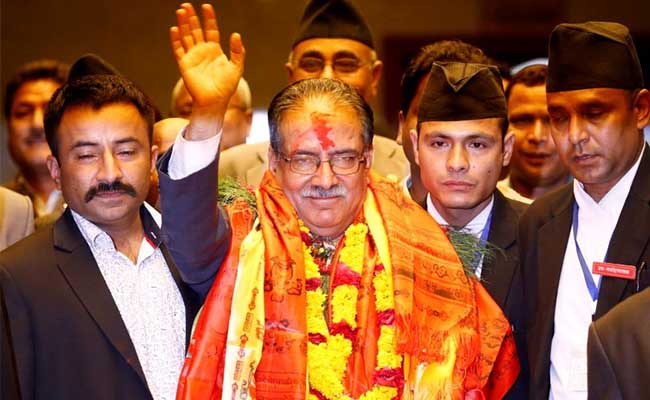 A coalition partner in Nepal withdrew from the Pushpa Kamal Dahal government.

Kathmandu: The Pushpa Kamal Dahal-led government in Nepal received a major blow after one of the ruling coalition partners, Rastriya Prajatantra Party, decided to withdraw from the government over the impeachment motion against the Chief Justice.

A meeting of the party central committee decided to pull out support following the impeachment motion registered in Parliament against Chief Justice Sushila Karki by the two other ruling coalition parties, Nepali Congress and CPN (Maoist Centre), on Sunday.

There was no immediate reaction from the Prime Minister's Office over the fate of the coalition of seven parties.

"The decision to impeach Karki by the ruling Nepali Congress and Maoist Centre is an attack on the judiciary and our party does not support such a move," the Rastriya Prajatantra Party said announcing its decision to leave the government.

The Nepali Congress and CPN-Maoist Centre have accused Karki of interfering in the jurisdiction of the executive and failing to issue verdicts without being prejudiced.

A government decision to appoint a new police chief and a subsequent ruling by the Supreme Court led to a serious feud between the executive and judiciary, leading to the ruling party deciding to impeach the Chief Justice, causing an uproar in Nepal.

With just two weeks to go for the first phase of local level elections on May 14, the series of political incidents has put the fate of the polls in a limbo, with the resignation of the Home Minister adding to the quandary ahead of the polls.

The Home Minister is in charge of overall security of the country.

Kamal Thapa, chairman of the RPP that decided to withdraw support today, heads the Local Development Ministry that is in charge of coordinating various 477 local units.

Amid the crisis, a meeting of the top Nepal Army brass on Sunday night further fuelled the political uncertainties in Nepal. The emergency meeting called by Army chief General Rajendra Chettri on Sunday assessed the latest political situation and decided to maintain extra vigil across the country.

Nepal is holding local level polls on May 14 and June 14. Major Madhes-based party, Rastriya Janata Party, has already declared it would not participate in the May 14 polls.

Another party, Madhesi Janadhikar Foum that has 18 votes and is extending support to the government, has threatened to pull out its support on Tuesday, which would put the government in a minority.

MJF is all set to hold the party central committee meeting on Tuesday to take a final call, and is likely to withdraw support to the government, said a leader.

In the midst of this unprecedented political turmoil, Prime Minister Prachanda said that elections on May 14 will take place at any cost.

The Election Commission has set Tuesday to file nominations for the first round of elections but the fast changing political situation has put a question mark on the fate of the local polls.
Comments
Nepal govPushpa Kamal DahalPrachanda