The bodies of the four climbers were found by Nepal's sherpas inside two tents at Camp Four, located at 8,000 metres on Mount Everest. 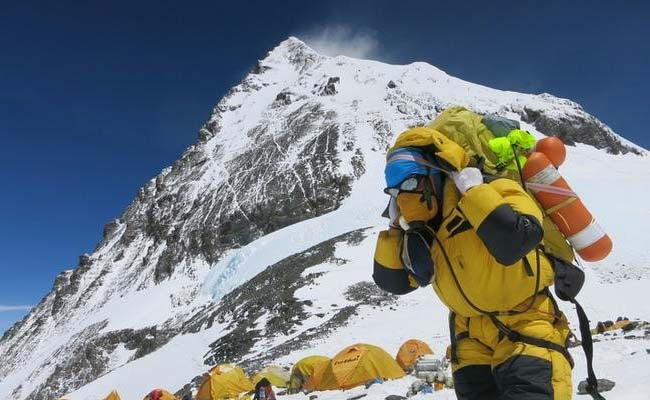 Kathmandu: Nepali sherpas found four climbers dead in a camp on Mount Everest, officials said on Wednesday, taking the death toll on the world's highest mountain to 10 in the past month.

The bodies of the four climbers were found inside two tents at Camp Four, located at 8,000 metres (26,246 feet), overnight, Mingma Sherpa of the Seven Summit Treks group to which the sherpas belonged said in Kathmandu.

It was not clear how they died and their identities had not been established, Mingma, who like many sherpas is known by his first name, said.

Ang Tshering Sherpa, the president of the Nepal Mountaineering Association, said it was windy on the mountain on Tuesday.

Ten climbers have died on Mount Everest, including one on the Chinese side, during this climbing season, which ends this month.

The sherpas who discovered the bodies were on their way to retrieve the body of Vladimir Strba of Slovakia who died near the 8,850 metres (29,035 feet) summit on the weekend.

Hundreds of climbers are attempting the summit from both the Nepali and Chinese routes this year.