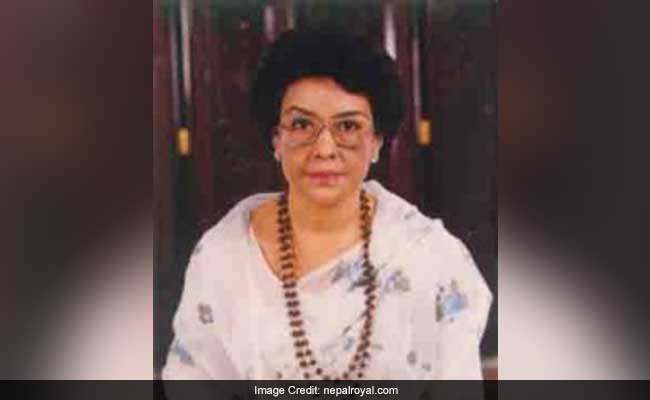 The 88-year-old Queen Mother is the only former royal family member residing in the building.

The 88-year-old Queen Mother, stepmother of deposed king Gyandendra, is the only former royal family member residing in the building located within the old Narayanhity Palace complex in Kathmandu.

According to NEA sources, the authority has not received any payment for power supply from Ratna since 2008, when the monarchy was abolished in the country.

With the abolition of monarchy, other members left the Palace, but Ratna continues to live in Mahendra Manjil a house built and gifted to her by her husband late King Mahendra some five decades ago, which has been converted into a Museum.

According to Bhattarai, NEA disconnected electricity to dozens of households, including institutions in Janakpur, Bharatpur and Kathmandu on Sunday.

NEA's action against the erring households comes on the heels of newly appointed Energy Minister and Maoist leader Janardan Sharma's instruction to disconnect power supply to those big customers who fail to pay utility bills on time.

Bhattarai said NEA had been taking action against erring households and institutions for the last few months and it intensified its drive following the energy minister's directives.

According to NEA sources, the governmnet authority needs to collect almost Rs 9 billion dues, a large chunk of which is owed by big houses and municipalities, which have installed street lights.

Former Queen Mother's personal secretary Shambhu Adhikari said the staff of Mahendra Manjil had been submitting the utility bills to the Ministry of Civil Aviation and Culture, Tourism and Civil Aviation, which was supposed to pay the bills.

Adhikari claimed that former chief governmet secretary Leela Mani Paudyal had told him that the Ministry of Culture, Tourism and Civil Aviation would pay the utility bills.

He said the government should either treat Mahendra Manjil as Ratna's personal property or it should pay electricity, water and telephone bills.

Former king Gyanendra Shah's press secretary Phani Raj Pathak said former home minister Krishna Prasad Sitaula had assured the former king in 2008 that former queen mother could live at Mahendra Manjil and as per that agreement the government would pay all the utility bills.

As per the rules, the NEA can disconnect power supply to customers if they fail to pay bills within 60 days.
Comments
Mahendra Manjilformer Queen Mother Ratna Rajya Laxmi ShahNepal Electricity AuthorityNHepal electricity