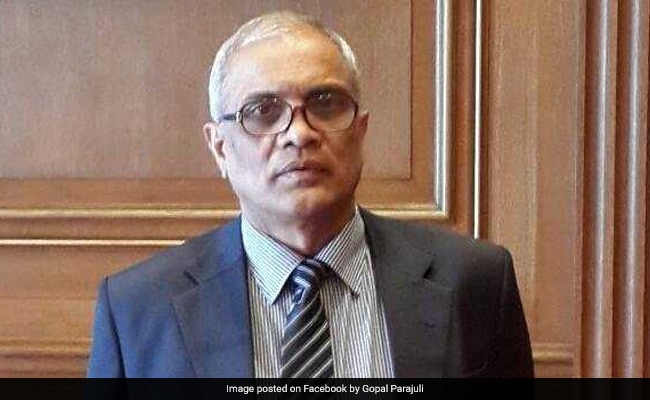 Kathmandu: Nepal's powerful judicial council has removed the country's Chief Justice Gopal Parajuli for holding office despite crossing the retirement age. Today's decision of the Himalayan nation's judicial council to remove Chief Justice Parajuli came minutes before he administered the oath of office to Bidya Bhandari, who was re-elected President for a second.

"According to a secretary level decision of March 14, 2018, we inform that respectable Gopal Prasad Parajuli no longer remains in the post of Chief Justice as he has crossed the retirement age of 65 on August 5, 20017," the letter issued by the judicial council secretary Nripa Dhwal Niraula said.

The letter referred to Chief Justice Parajuli's citizenship papers given to the secretariat, his academic qualifications and a letter sent by the examination controller's office in Sanothimi, Bhaktapur, 16 kilometres from Nepal's capital Kathmandu.

He also came under pressure from his own team of judges to either resign or stay away from work. Nine judges had boycotted the benches assigned to them in protest.

Promoted
Listen to the latest songs, only on JioSaavn.com
It is not clear if Bidya Bhandari will have to be sworn in again as the judicial council had given the order to remove Chief Justice Parajuli just before he administered the oath of office to the President.