TESS is intended as a high-powered successor to the Kepler space telescope, which has orbited the sun alongside the Earth for the past 10 years 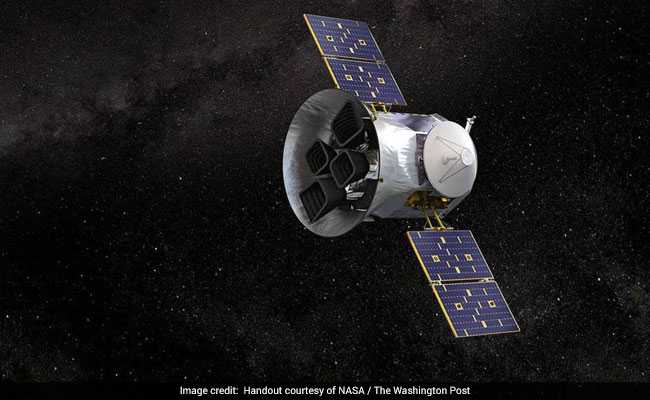 At the moment the spacecraft lifted off, astronomers knew of nearly 4,000 alien worlds outside our solar system. During the Transiting Exoplanet Survey Satellite's planned two-year mission, scientists expect, it will increase that number by a factor of five. Among the new discoveries, they hope, will be a rocky world with an atmosphere that can be probed for signs of life.

"This is opening an entirely new window on the universe," said MIT astrophysicist George Ricker, the principal investigator for the mission. TESS should arrive in orbit around Earth - on a never-before-used, highly elliptical path that takes it close to the moon - about two months after launch. It will begin science operations shortly after that.

TESS is intended as a high-powered successor to the Kepler space telescope, which has orbited the sun alongside the Earth for the past 10 years and detected most of the exoplanets known to science.

"Kepler broke open the field in a rather dramatic way," Ricker said - demonstrating that for every star in the sky, there are untold numbers of exoplanets waiting to be found.

Now it is time to pass the torch.

Unlike Kepler, which peered deep into a narrow stretch of sky to find faraway planets around stars like the sun, TESS's survey will be "wide and shallow," Ricker explained. It is designed to look stars of all ages and sizes within a few hundred light-years of Earth, and it will be able to canvass the entire sky in just two years.

Armed with four sensitive cameras, the refrigerator-sized satellite will seek out the tiny, telltale dips in a star's light that occur when a planet "transits," or passes in front of it. The frequency of each faint flicker will indicate the planet's size and its distance from the star.

Next, astronomers on Earth will measure the way the planet's gravity makes the star wobble as it orbits - an observation that will provide the planet's mass. Combined, those data will help scientists characterize the planet: Is it a small, rocky world like Earth? Is it light and water-rich? Does it have a solid surface, or does it resemble Neptune, with a dense core surrounded by swirling clouds of gas?

The TESS mission coincides with the debut of powerful new ground- and space-based observatories, including NASA's James Webb Space Telescope that is scheduled to launch in 2020. If a TESS planet has an atmosphere, these instruments may be able to sense the way it alters the starlight that filters through it. That research could reveal "biosignatures" - molecules including oxygen and methane that are often generated by living organisms.

"This is the reason we're all so excited," said Jessie Christiansen, an astronomer at Caltech and NASA's Exoplanet Science Institute who sits on the steering committee for TESS's follow-up working group. Unlike Kepler's discoveries, the planets found by TESS will orbit stars nearby and bright enough to allow for detailed characterization.

"We have this whole army of observatories and astronomers on the ground waiting eagerly to be told, 'Here's a candidate,'" she said.

It is unlikely that JWST or any other existing telescope would be capable of detecting biosignatures on an exoplanet as small as Earth. For that, astronomers must await missions that are still in their concept phase and will not launch for nearly two decades.

Even if TESS does not immediately find possible homes for alien life, it will essentially conduct a census of our galactic neighborhood, offering other insights into planets and solar systems.

"We can start to find out, how does planet occurrence vary as a function of the type of star and the age of the star?" Christiansen said. "We can resolve competing theories about how planets form."

Beyond planets, the spacecraft will also have its shutters open for other serendipitous, short-term events, such as supernovas, gamma ray bursts, or gravitational wave-generating neutron star collisions like the one that made headlines last fall.

Promoted
Listen to the latest songs, only on JioSaavn.com
"TESS is very much a trash-treasure sort of mission," said Natalia Guerrero, deputy manager for the TESS Objects of Interest team. Looking at light from across the whole sky, she said, it will inevitably find something to satisfy almost everyone in the astronomy community.

(Except for the headline, this story has not been edited by NDTV staff and is published from a syndicated feed.)
Comments
TESSNASA Latest Planet HunterFalcon 9