Jim Bridenstine's nomination to head NASA raised alarm among scientists because not only did he have no scientific background, he had also questioned, in 2013, whether global warming was real 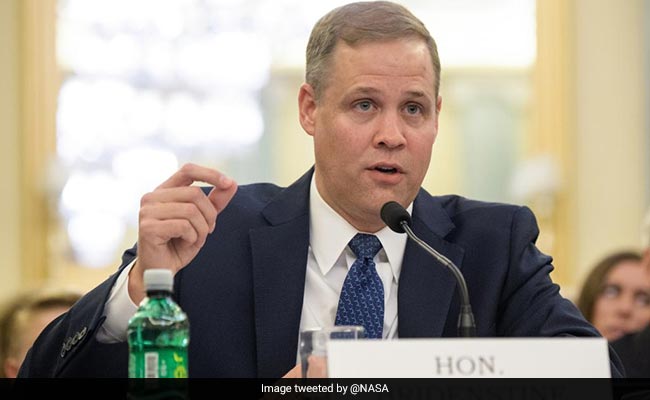 Washington: NASA's new administrator, a former lawmaker nominated by President Donald Trump to lead the US space agency, admitted Wednesday he has changed his mind about climate change and now believes that humans are the main driver of greenhouse gas emissions.

"The National Climate Assessment that includes NASA and it includes the Department of Energy, and it includes NOAA (the National Oceanic and Atmospheric Administration), has clearly stated that it is extremely likely... that human activity is the dominant cause of global warming, and I have no reason to doubt the science that comes from that," Jim Bridenstine said at a Senate hearing.

He was answering the first question posed by a Democratic senator, Brian Schatz, who went on to ask him to confirm that humans were indeed changing the climate.

"Is it fair to call this an evolution of your views?" asked Schatz, who is from Hawaii.

The NASA administrator also confirmed that the US space agency would continue to study carbon cycles on Earth.

"The science must not be partisan," said Bridenstine, a Republican who served as a representative for Oklahoma in the House from 2013 until earlier this year.

"You have my commitment that NASA will continue that kind of activity."

His nomination to head NASA raised alarm among scientists because not only did Bridenstine have no scientific background, he had also questioned, in 2013, whether global warming was real, saying that temperatures had ceased to rise about a decade earlier.

He was confirmed as head of NASA in April.

Promoted
Listen to the latest songs, only on JioSaavn.com
Bridenstine has also sought to reassure NASA personnel last week, telling them Trump's budget line for earth science in fiscal year 2019 "is higher than three of the budgets that were passed by president (Barack) Obama."

(This story has not been edited by NDTV staff and is auto-generated from a syndicated feed.)
Comments
Jim BridenstineNASAClimate Change