Alexa, Let's Go To The Moon: Items Aboard NASA's Artemis I Mission

NASA's Artemis I Mission: The Orion spacecraft of the Moon mission will have three mannequins, some toys, Amazon Alexa, and educational and historical items inside it, reported CNN. 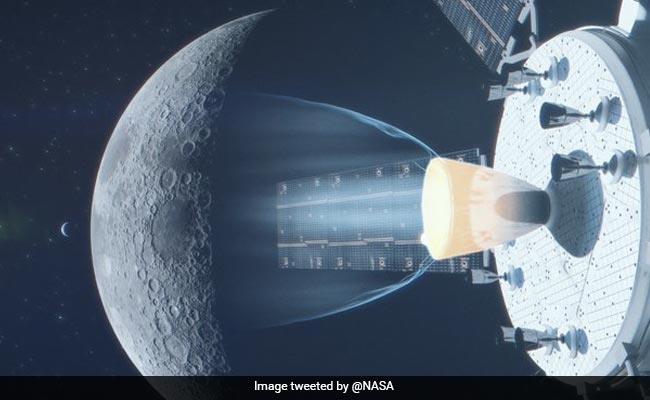 NASA's Artemis I Mission: The mission is set to take off for a flight to the moon on August 19.

The giant Space Launch System (SLS) rocket of NASA arrived at the launchpad on Wednesday and is set to take off for a flight to the moon on August 19. The uncrewed mission, Artemis I, will not carry humans but will blast off with some items to prepare astronauts for the first mission with a crew.

The Orion spacecraft of the Moon mission will have three mannequins, some toys, Amazon Alexa, and educational and historical items inside it, reported CNN. One of the mannequins named Moonikin Campos will be occupying the commander's seat inside Orion. It will wear the new Orion Survival System suit made for astronauts during the launch and reentry of the mission and record crucial data through sensors.

The commander's seat too is equipped with sensors and will track the acceleration and vibration during the mission.

The other two mannequins aboard the spacecraft, Helga and Zohar, have torsos made of a material that is similar to the soft tissue, organs, and bones of a woman. They have over 5,600 sensors and 34 radiation detectors to record the mission's radiation exposure level.

Besides this, Amazon's voice assistant Alexa is also a part of the mission. It is a reconfigured version of Alexa named Callisto and will be used to test the performance of such devices in space. It aims to demonstrate how astronauts and flight controllers can utilise the technology to make their job more efficient and safer.

A toy called Snoopy, created by American cartoonist Charles M. Schulz, is another item aboard the mission. Mr Schulz first drew comic strips featuring the toy on the Moon during NASA's Apollo program and since then Snoopy has been associated with the space agency's missions. A pen nib used by the cartoonist, wrapped in a space-themed comic strip, will be carried for the flight. The Snoopy toy, meanwhile, will be used as a zero gravity indicator inside the spacecraft.

Other items also include a variety of trees and plant seeds, which will help study the effects of the space environment on them.