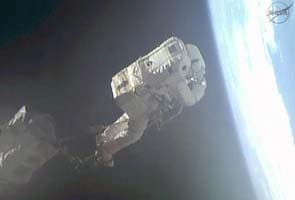 Washington: The US space agency said on Tuesday it is launching a second investigation into a leaking helmet that forced an abrupt halt to an Italian astronaut's spacewalk last week.

The probe will examine maintenance, quality assurance, and any operations that could have had a role in the gushing water that mysteriously appeared in the helmet of Italian spacewalker Luca Parmitano.

His spacewalk on July 16 was stopped after about an hour and a half, marking the second shortest in the history of the International Space Station.

The 36-year-old made it safely back inside orbiting research outpost and was unhurt, though NASA experts said he faced the risk of drowning had the ordeal gone on much longer.

NASA engineers swiftly turned to the spacesuit cooling system as the potential source of the leak, after determining it was unlikely the water came from Parmitano's inner helmet drink bag.

The investigation announced Tuesday will be carried out at the same time as one already under way by engineers who are "focused on resolving equipment trouble in an effort to enable US spacewalks to resume," NASA said.

The new five-member "mishap" board will seek to "identify the cause or causes of the anomaly and any contributing factors, and make recommendations to the NASA administrator to prevent similar incidents from occurring during future spacewalks," NASA said.

"The board's responsibility is to make observations and recommendations that can be applied to improve the safety of all of NASA's human spaceflight activities."

Promoted
Listen to the latest songs, only on JioSaavn.com
The new probe will be chaired by Chris Hansen, ISS chief engineer at NASA's Johnson Space Center in Houston, and will include a liaison from the European Space Agency.