NASA Explains Why June 30 Will be 1 Second Longer 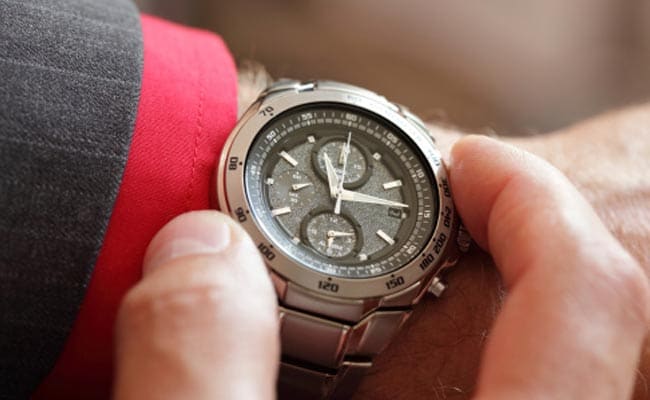 June 30 will officially be a bit longer than usual because an extra second or "leap" second will be added . (Representational Image, Thinkstock)

Washington: Strictly speaking, a day lasts 86,400 seconds. On June 30, the day will officially be a bit longer than usual because an extra second or "leap" second will be added and NASA has an explanation for this.

"The Earth's rotation is gradually slowing down a bit, so leap seconds are a way to account for that," said Daniel MacMillan, NASA's Goddard Space Flight Center in Greenbelt, Maryland.

This is the case according to the time standard that people use in their daily lives - Coordinated Universal Time or UTC.

UTC is "atomic time" - the duration of one second is based on extremely predictable electromagnetic transitions in atoms of cesium.

These transitions are so reliable that the cesium clock is accurate to one second in 1,400,000 years.

However, the mean solar day - the average length of a day, based on how long it takes the Earth to rotate - is about 86,400.002 seconds long.

"That is because the Earth's rotation is gradually slowing down a bit owing to a kind of braking force caused by the gravitational tug of war between the Earth, the Moon and the Sun," the US space agency said in a statement.

Scientists estimate that the mean solar day has not been 86,400 seconds long since the year 1820 or so.

This difference of two milliseconds, or two thousandths of a second - far less than the blink of an eye - hardly seems noticeable at first.

But if this small discrepancy were repeated every day for an entire year, it would add up to almost a second.

Typically, a leap second is inserted either on June 30 or December 31.

In practice, many systems are instead turned off for one second.

Previous leap seconds have created challenges for some computer systems and generated some calls to abandon them altogether.

"In the short term, leap seconds are not as predictable as everyone would like," said Chopo Ma, geophysicist at Goddard.

"The modelling of the Earth predicts that more and more leap seconds will be called for in the long-term but we cannot say that one will be needed every year," Ma said.

Since then, leap seconds have become less frequent.

This June's leap second will be only the fourth to be added since 2000.
Comments
National Aeronautics and Space AdministrationJuneJune 30NASA