The video of Nancy Pelosi was slowed to make her speech seem slurred and edited to make it appear she repeatedly stumbled over her words. 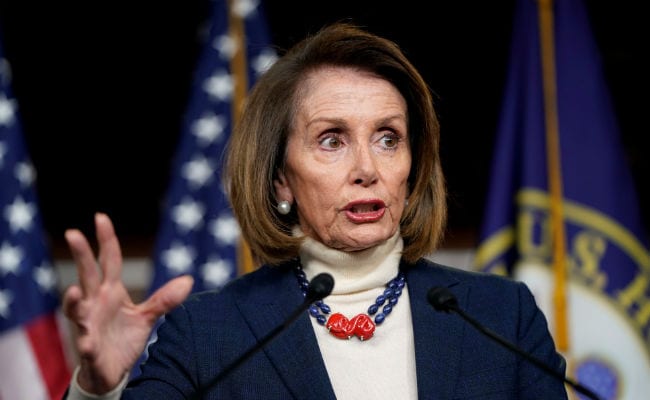 "When something like Facebook says, 'I know this is false ... - it's a lie - but we're showing it anyway,' well to me it says two things," Pelosi said to applause at the Commonwealth Club in San Francisco. "I was giving them the benefit of the doubt on Russia ... I thought it was unwittingly, but clearly they wittingly were accomplices and enablers of false information to go across Facebook."

"There is a false video that the Republicans are putting out on Facebook," the speaker of the U.S. House of Representatives added.

She also said that attacks like those on Facebook also made it more difficult to recruit candidates for public office because "why would you subject yourself to that."

"Hyperbolic attacks on platforms won't help solve the tech issues of today," Carl Szabo, vice president of the group, said in the statement. "It's obvious that Facebook is hugely invested in ensuring that its platform won't be misused to aid election interference."

The video of Pelosi was slowed to make her speech seem slurred and edited to make it appear she repeatedly stumbled over her words.

President Donald Trump retweeted the video last week, writing: "PELOSI STAMMERS THROUGH NEWS CONFERENCE." He later told a reporter the House speaker, who is 79, had "lost it."

U.S. Special Counsel Robert Mueller charged 13 Russian individuals and three Russian entities with conspiracy to defraud the United States, among other charges, as part of his investigation into Russian meddling in the 2016 presidential election that included widespread use of social media sites to spread misinformation.

Facebook has been criticized over its content policies by politicians from across the spectrum. Republican senators have accused it of discriminating against conservative viewpoints and suppressing free speech, suggesting antitrust action could fix the situation.