The Rohingya have faced discrimination in Buddhist-majority Myanmar for generations. 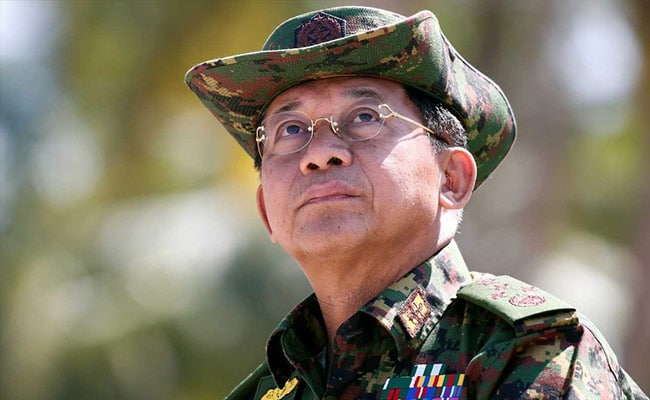 Min Hlaing, raised questions about the number of people who had fled, and also about their motives.

Myanmar's army chief, who is facing international calls that he be prosecuted for genocide against the Rohingya Muslim minority, has denied any systematic army persecution and said such accusations were an insult to his country's honour.

In his first detailed interview since the Myanmar military launched a crackdown in 2017, Senior General Min Aung Hlaing cast doubt on UN estimates that some 730,000 Rohingya had fled to Bangladesh, and on their accounts of abuses by his forces, saying the refugees had been told what to say.

Myanmar forces launched their offensive in Rakhine State in 2017 in response to a series of attacks by Rohingya insurgents on security posts near the Bangladesh border.

A UN fact-finding mission last year said the military campaign, which refugees say included mass killings and rape, was orchestrated with "genocidal intent" and recommended charging Min Aung Hlaing and five other generals with the "gravest crimes under international law".

UN refugee chief Filippo Grandi told reporters in Geneva that he had not seen the interview but Myanmar's government had signed an agreement with the United Nations last year recognising that there had been violence and that people had fled across the border and that they had a right to return.

"If some people among our interlocutors have different views, we stick by the letter of that memorandum of understanding, which recognises these problems and indicates precisely what solutions need to be carried out," he said.

A UN rights investigator said last month that Min Aung Hlaing and others should be held accountable for genocide against the Rohingya and doing so was necessary before refugees could return.

Myanmar has consistently denied the accusations of murder, rape and other abuses by its forces though Min Aung Hlaing acknowledged that "a number of security men may have been involved".

Min Aung Hlaing, in the interview on Thursday in the Myanmar capital, Naypyitaw, raised questions not only about the number of people who had fled, but also about their motives.

"It's possible to think that the reasons they moved to Bangladesh were things like living with relatives or fleeing to a third country," he said.

"All of them are saying the same thing, which I believe somebody told them to say."

The Rohingya have faced discrimination in Buddhist-majority Myanmar for generations.

They are generally regarded as illegal immigrants from South Asia and few of them have Myanmar citizenship.

Many have sought better lives elsewhere in Asia while occasional military crackdowns over the decades have sent waves of people fleeing to Bangladesh.

The UN Human Rights Council in September voted to set up an "ongoing independent mechanism" for Myanmar that would collect, consolidate, and preserve evidence of crimes that could be used in any eventual court case.

Myanmar has said it "absolutely rejects" that the International Criminal Court (ICC) has jurisdiction to rule on its actions, a point Min Aung Hlaing repeated in the interview.

Myanmar is not a party to the Rome Statute that established the Hague-based court.

"We will not accept any instructions that threaten Myanmar's sovereignty," he said.