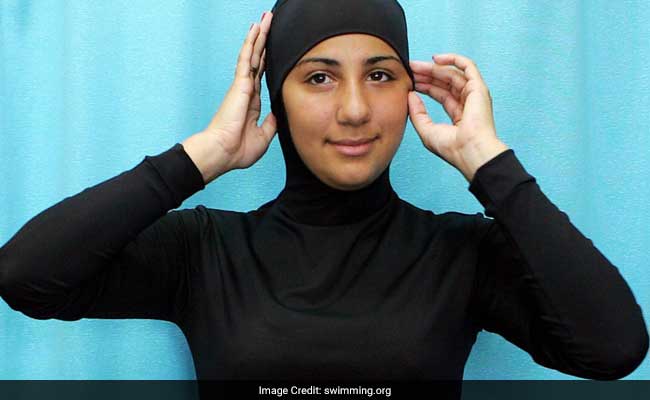 London: Muslim women swimmers have won the right to race in loose-fitting full body outfits or 'burkinis' while taking part in amateur swimming competitions in England.

On a request from the Muslim Women's Sport Foundation, the Amateur Swimming Association (ASA) has relaxed its swimsuit regulations to allow women to wear loose-fitting full body outfits.

Until now, full body suits like those worn by Olympians have been banned, as they help streamline the shape of the body and have performance-enhancing characteristics.

The new guidance, which will only apply to amateur competitions in England, states that competitors will not be allowed to wear any suit that a competition referee believes will increase performance, The Telegraph reported.

Photographs published by the governing body suggested that loose-fitting outfits would be permissible, while specifically excluding body suits similar to those worn by elite competitors.

"Swimmers wishing to swim in such a suit shall present the suit to the event referee for inspection prior to their swim," the guidance states.

"Once the referee has been informed of a swimmer wishing to wear a suit, as described above, there is no requirement for the referee to question the swimmer further, the ASA swimming management group do not want athletes being asked why they wish to wear the suit," it says.

Chris Bostock, chairman of the ASA sport governing board, termed the move as a "very positive step forward" for competitive swimming in England and one that he hoped would encourage many more people to take part.

"We want everyone to be able to reach their potential.

Representing your club at a national swimming competition is very special. By changing these rules we hope to encourage a new generation of swimmers," he was quoted as saying.

Rimla Akhtar, from the Muslim Women's Sport Foundation, said, "Participation in sport amongst Muslim women is increasing at a rapid pace. It is imperative that governing bodies adapt and tailor their offerings to suit the changing landscape of sport, including those who access their sport."

Promoted
Listen to the latest songs, only on JioSaavn.com
"The MWSF is glad to have requested a review of competition laws in relation to full body suits by the ASA and are extremely pleased at the outcome," she said.