Moon Dust Collected By Neil Armstrong During Apollo 11 Mission Sells For $500,000 At Auction

The six-figure final price of Moon dust fell short of Bonhams' pre-auction estimate of $800,000 to $1.2 million. 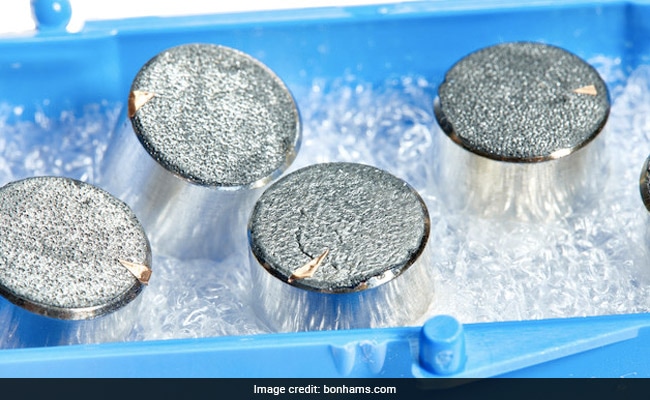 NASA even went to court to fight for the ownership of the lunar dust.

A minuscule amount of lunar dust collected by Neil Armstrong during the Apollo 11 mission, that first put men on the Moon, has been sold for $504,375 at an auction. Bonhams Auctioneers sold the Moon dust as part of its Space History Sale held in New York on Wednesday.

Armstrong had collected the dust in 1969 just after he took first steps on the Moon. According to Forbes, the six-figure final price fell short of Bonhams' pre-auction estimate of $800,000 to $1.2 million. The winning bid was $400,000 and the final price included fees and the buyer's premium.

The successful sale now marks the end of a complicated history for the lunar dust since it arrived on Earth. But it is to mention that the price at which the Moon dust was sold is surprisingly low as the particles are the only verified Moon samples to be sold into private hands. The dust samples were also confirmed authentic by the National Aeronautics and Space Administration (NASA) and the lunar bag the dust was packaged in on Apollo 11 was sold for $1.8 million in 2017.

According to Forbes, the journey that the lunar dust took to the auction house was almost as epic as the voyage Armstrong made to retrieve them. In fact, NASA even went to court to fight for the ownership of the lunar dust. As per the media outlet, back in 2015, the dust was sold to Nancy Lee Carlson, a lawyer from Michigan, who spent $995 on what was labelled as a “flown zippered lunar sample return bag with lunar dust” in a US Marshal's auction.

After finding tiny samples of what she believed to be Moon dust, she sent her new purchase off to the US space agency in the hope to verify the contents of the bag. However, later NASA refused to return it as it realised its ties to Apollo 11. The US-based attorney then promptly sued NASA for wrongful seizure of property in 2016 and won.

It is unclear to this day how NASA lost the precious samples. But it is to mention that in 2002 it was documented as being in the possession of Max Ary, a space museum co-founder in Kansas who was convicted of selling stolen artefacts. The lunar dust then ended up at the auction where Nancy Lee Carlson purchased it after it was compounded in 2003.