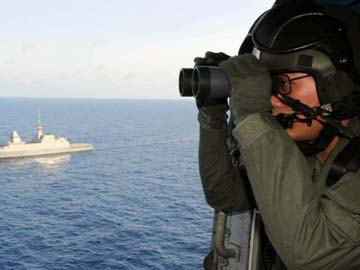 Malaysian authorities, citing expert analysis of satellite, radar and other data available, concluded earlier that the ill-fated flight from Kuala Lumpur to Beijing ended in the southern Indian Ocean.

According to previous information, the Boeing 777-200 aircraft turned back after disappearing from civilian radar in Vietnamese airspace, and was detected by Malaysian military radar in the northern Strait of Malacca before vanishing from all radar screens.

After reviewing radar data provided by neighbouring countries, investigators have now found that the jetliner curved north of Indonesia before turning south toward the southern Indian Ocean, CNN quoted a Malaysian official as saying.

The official also suggested the possibility of a more sinister reason behind MH370's disappearance a month ago.

The plane's flight path clearly showed that someone on the plane was piloting the aircraft in this manner to avoid detection from Indonesian radars, CNN said, citing the official.

The latest finding added to the already prevailing assumption that the plane was flown deliberately along a route designed to avoid radar detection. But so far investigators have not ruled out other possible causes of the plane's diversion, such as mechanical problems.

It remains unknown who the investigators think might have piloted the aircraft, which carried 239 people on board, including five Indians, after it vanished from radar screens.

Promoted
Listen to the latest songs, only on JioSaavn.com
In parallel with the investigation, a massive multinational search effort has been under way far west of Australia's western coast. But there is still no confirmed evidence of its whereabouts.