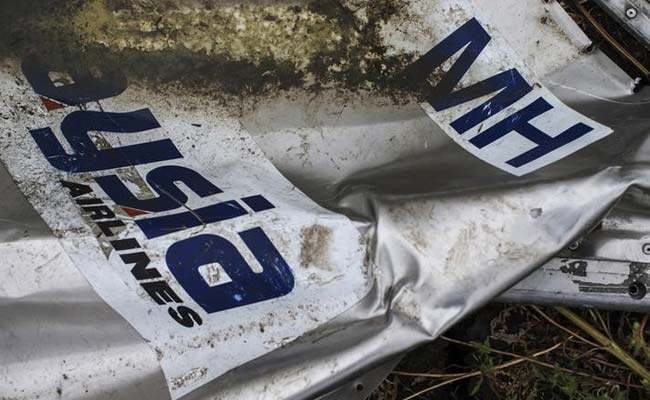 One of the people on the Malaysia Airlines flight MH17 shot down in Ukraine in July was found wearing an oxygen mask, the Dutch foreign minister and prosecutors said, raising the possibility that some passengers might have known their plane was doomed.

"You know that somebody was discovered wearing an oxygen mask and had time to put it on," Foreign Minister Frans Timmermans told a talk show on national television late on Wednesday.

Dutch prosecutors confirmed on Thursday they were investigating after the oxygen mask was discovered draped around the person's neck.

"How and when the mask ended up around the victim's neck is unknown," the prosecutors stressed.

"The Dutch Forensics Institute examined the mask looking for fingerprints, saliva and DNA, but the probe has not revealed any result," they said in a letter to victims' families which was published online.

None of the other victims of the fatal crash that killed all 298 on board -- 193 of them Dutch -- was wearing an oxygen mask, they added.

The Malaysia Airlines Boeing 777 was shot down on July 17 while flying over insurgent-held territory in conflict-wracked eastern Ukraine.

The findings of an initial report by a Dutch-led team of air crash investigators appear to back up claims that the plane was hit by an anti-aircraft missile.

Kiev and the West have accused Moscow-backed separatists of shooting it down with a surface-to-air BUK missile supplied by Russia. Moscow denies the charge and has pointed the finger back at Kiev.

Forensics experts suspended their search for bodies due to clashes between Kiev and the pro-Russian rebels near the crash site northeast of Donetsk, but said they hoped to return once the fighting died down.

Timmermans, the new incoming vice-president of the European Commission, on Thursday said he regretted making the announcement before victims' families had been informed by prosecutors.

"The last thing I wanted to do was increase their pain," he said.

"I should not have said it," Timmermans said in a press release after relatives reacted with horror to his comment.

Prosecutors, who sent their letter in reaction to Timmermans' comment, said they were still investigating the circumstances of the found oxygen mask.

Currently, "no conclusions can be drawn from the discovery," prosecutors said.

"It seems impossible to return to the crash site in the short term given the continuous unstable and unsafe situation," it said in a letter to parliament.

Efforts to retrieve victims' personal belongings and handing them back to relatives also continued, said the letter, signed by the Dutch justice, defence and foreign ministers.

Pages in Russian have been set up on both Facebook and the VKontakte social networking sites urging people to report the discovery of belongings or body parts from the crash, the letter said.

Promoted
Listen to the latest songs, only on JioSaavn.com
It also called for the crash site to be made secure to help in further identifying the bodies.

"Furthermore, the aim is also to retrieve the wreckage from the area. To do this, access is essential and needed the cooperation from separatists controlling the area."