Mennel Ibtissem, a 22-year-old student who wears a head wrap, was one of the top contestants on The Voice, where her English and Arabic version of Leonard Cohen's Hallelujah caused a sensation. 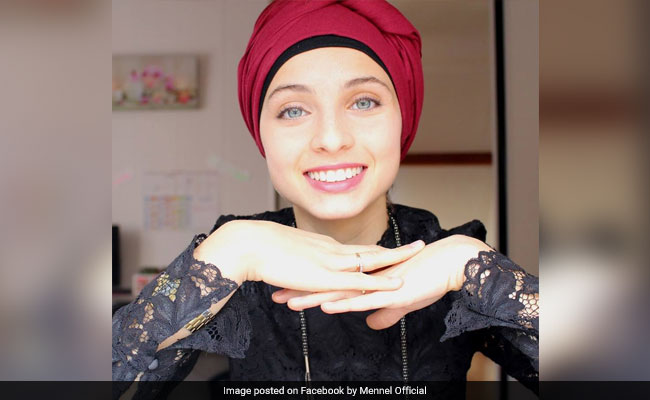 Mennel Ibtissem, a 22-year-old student was one of the top contestants on a TV talent show

Paris: A French Muslim singer who became an overnight star after dazzling judges on a TV talent show quit the contest Friday after coming under fire for past Facebook comments about terror attacks.

Mennel Ibtissem, a 22-year-old student who wears a head wrap, was one of the top contestants on The Voice, where her English and Arabic version of Leonard Cohen's Hallelujah caused a sensation.

But within days of Saturday's performance she was under pressure to bow out over old Facebook messages that appeared to question the terrorist nature of attacks that claimed scores of lives in France in 2016.

The posts have been deleted but screen grabs of the remarks have been circulated on far-right websites.

In one post after the July 2016 truck attack in the city of Nice, in which 86 people were killed, she said: "Here we go, it's become a routine, an attack a week, and, as usual, the 'terrorist' takes his ID with him. It's true that when you're plotting something nasty you never forget to take your papers with you."

She was referencing a series of jihadist assaults in France in which police quickly named the killers through documents found on their bodies, including the 2015 Paris attacks that killed 130 people.

In another post, days after two jihadists slit the throat of a priest in his Normandy church, she wrote: "The real terrorists are our government."

The singer had apologised over the remarks, saying members of her family had been celebrating Bastille Day in Nice when the driver struck and that she had been "upset" by the failure of the authorities to prevent the attack.

But the apology failed to quell the controversy.

With private broadcaster TF1 under pressure to pull her out of the competition, including from relatives of the victims of the Nice attack, she quit on Friday.

"I never meant to hurt anyone and the mere thought that my remarks hurt others hurts me, so I have taken the decision to quit this adventure," she said in a Facebook video that has been viewed over 860,000 times.

The production company behind The Voice, ITV Studios France, said that despite her earlier apology the atmosphere on the show had become "too heavy" and hoped her decision to withdraw would "soothe tensions".

But some of her fans expressed disappointment, amid allegations of anti-Muslim bias.

On Ibtissem's Facebook page, Jihene Ferchiou wrote: "We must not delude ourselves. Your turban, your religion, your origins were the obstacle.

Promoted
Listen to the latest songs, only on JioSaavn.com
"Clearly we have reached an unprecedented level of racism in France. It's a disgrace."