"You Should Be Ashamed": Melania Trump Slams US Scholar To Defend Son

Constitutional law professor Pamela Karlan invoked Barron Trump, the son of Donald and Melania Trump, to demonstrate how the Constitution imposes distinctions between a monarch's power and that of a president. 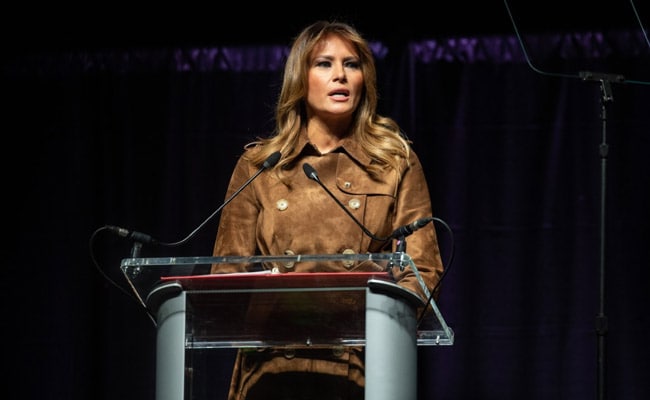 US First Lady Melania Trump on Wednesday publicly rebuked a scholar who used her 13-year-old son's name to make a point during an impeachment hearing against the president.

Constitutional law professor Pamela Karlan invoked Barron Trump, the son of Donald and Melania Trump, to demonstrate how the Constitution imposes distinctions between a monarch's power and that of a president.

"The constitution says there can be no titles of nobility," Karlan told lawmakers during the House Judiciary Committee's first hearing on impeachment, which featured four constitutional scholars.

"So while the president can name his son 'Barron', he can't make him a baron."

The pun led to chuckles in the congressional hearing room, but Melania Trump made clear it was no laughing matter.

"A minor child deserves privacy and should be kept out of politics," the first lady tweeted shortly afterwards.

"Pamela Karlan, you should be ashamed of your very angry and obviously biased public pandering, and using a child to do it."

President Trump retweeted his wife's message to his 67 million followers.

As the row snowballed, Karlan quickly tried to stem the damage by expressing her regret.

"I want to apologize for what I said earlier about the president's son," she told the panel. "It was wrong of me to do that."

For years, members of both political parties have agreed that the minor children of US politicians, particularly presidents, are off limits.

The incident brought a wave of criticism, including from Trump's re-election campaign.

And when Karlan clashed with Republican congressman Matt Gaetz over her donations to Democratic politicians, Gaetz snapped that invoking Trump's son "does not lend credibility to your argument. It makes you look mean."

Melania Trump has taken up the cause of youth wellness in America, and last year launched a public awareness campaign to counter youth cyberbullying and drug use.