"I'm here with one goal: helping children in our next generation," Melania Trump said in her meeting with tech companies, to combat cyber-bullying. 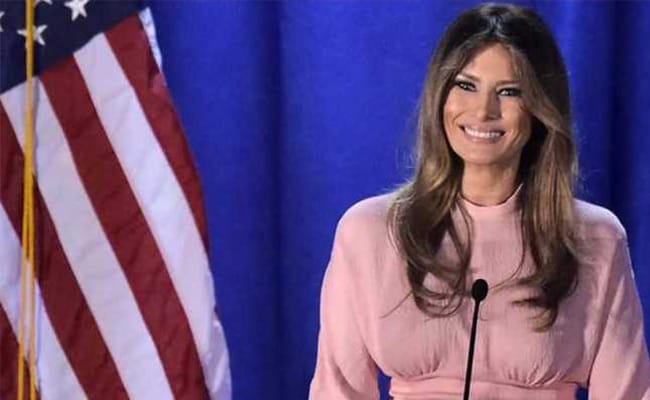 Washington: US First Lady Melania Trump has formally launched her campaign to combat cyber-bullying of children and teenagers despite skepticism about the initiative due to the insults that her husband and President Donald Trump regularly broadcasts on Twitter.

On Tuesday, Melania Trump held her first public act on the initiative, which she had promised during the 2016 US presidential election campaign. She invited the heads of Google, Facebook, Twitter and Snapchat to the White House, the US media reported.

"I am well aware that people are skeptical of me discussing this topic. I have been criticized for my commitment to tackling this issue and I know that will continue. But it will not stop me from doing what I know is right," the First Lady said.

The criticism began during the election campaign, when Melania expressed for the first time her desire to devote herself to fighting against cyber-bullying on social networks but many dismissed that idea as "hypocritical" since her husband does not show any qualms when posting mockeries or lashing out at his enemies on Twitter.

"I'm here with one goal: helping children in our next generation," the First Lady said in her meeting with tech companies, which representatives of Microsoft and Amazon also attended.

"In my role as first lady, I receive many letters from children who have been bullied or feel threatened on social media," the former Slovenian model added, asking the leaders of the tech giants to share ideas with her and to deal with the problem.

Major social media services have strict policies prohibiting cyber-bullying but in general it depends on the users themselves to report such harassment to the platforms, who will then decide whether to censor or ban the perpetrator.

Some users have even asked Twitter to suspend the account of Trump, an avid user of that platform, after some of his most insulting messages.

But Twitter refused because, as its President Jack Dorsey said in November that Trump's social networking messages had a "news" value that was in the public interest.

Melania Trump has been less active as First Lady than her predecessors, Michelle Obama and Laura Bush, who promoted several causes such as the fight against childhood obesity or the promotion of reading, respectively.

However, in recent months she has become more involved in her husband's policies and has developed a special interest in the opioid overdose crisis that kills some 175 Americans every day.

(This story has not been edited by NDTV staff and is auto-generated from a syndicated feed.)
Comments
Melania TrumpcyberbullyingMelania Trump First Lady