Asked if she felt strains on her marriage, Melania Trump responded confidently that "it is not a concern and focus of mine." 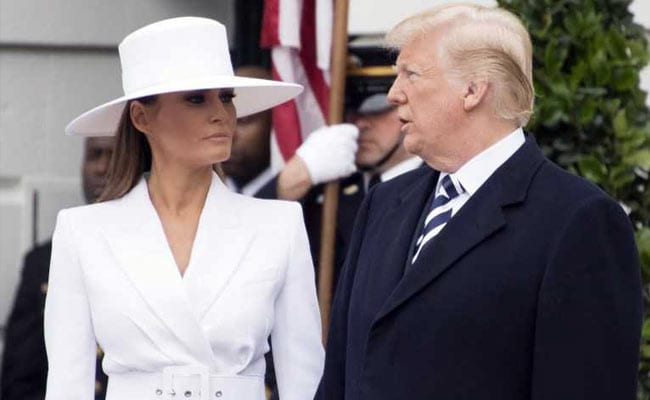 "I'm a mother and a first lady, and I have important things to think about," Melania Trump said.

In an interview with ABC News, excerpts of which were broadcast early Friday, the US first lady did not deny her husband's alleged history of philandering.

But Melania Trump insisted she does not dwell on it.

Asked if she, like other presidents' wives who have had to deal with unfaithful husbands, had felt strains on her marriage, she responded confidently that "it is not a concern and focus of mine."

"I'm a mother and a first lady, and I have much more important things to think about and to do," she added.

"It's not always pleasant, of course, but I know what is right and what is wrong and what is true and not true."

Asked if she loved her husband, Melania Trump continued: "Yes, we are fine. It's what media speculate, and it's gossip. It's not always correct stuff."

ABC scored the rare interview of the Slovenia-born 48-year-old former model while she was in Africa last week.

Dressed in stretch jodhpurs with a pith helmet at her side -- which drew criticism as a symbol of Europe's colonial occupation of the continent -- Trump gave a wry smile when asked about comments about her marriage from the president's lawyer Rudy Giuliani.

"Is that an accurate statement?" the ABC interviewer asked.

"I never talked to Mr Giuliani," the first lady responded.

Asked why Giuliani would have made that claim about her, she retorted: "I don't know. You need to ask him."