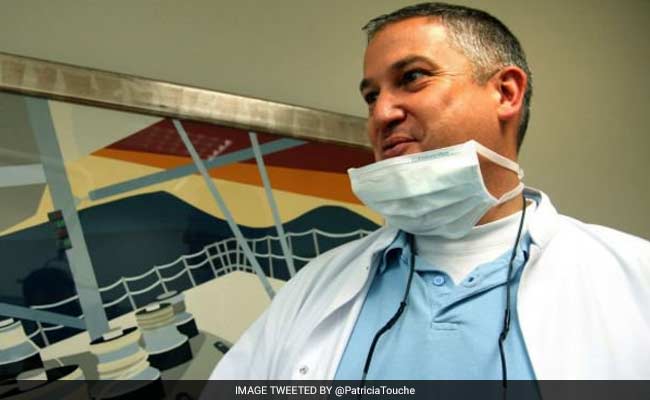 Jacobus Van Nierop, a 51-year-old Dutch dentist, was sentenced on Tuesday to eight years in prison.

In the 1976 film "Marathon Man," British actor Laurence Olivier plays the role of a Nazi dentist who violently tortures the mouth of a Columbia University student, played by Dustin Hoffman.

Olivier's character is based on the horrific practices of a Nazi doctor who tortured prisoners at the Auschwitz camp during World War II. And in one particularly awful scene, a man holds open Hoffman's mouth while Olivier demands information about missing diamonds and drills into his healthy teeth until he screams.

The movie, and that scene in particular, introduced the terrifying possibility that medical professionals who spend a small fortune educating themselves in the intricacies of oral care could in fact take strange pleasure in purposely damaging their patients' mouths.

And it appalled most people who watched it, except for maybe Jacobus Van Nierop, a 51-year-old Dutch dentist who was sentenced Tuesday to eight years in prison after a French court found him guilty of mutilating more than 100 of his patients' mouths. He reportedly spent at least three years pulling out people's healthy teeth and purposely causing jaw injuries in the French town Chateau-Chinon, where he practiced dentistry from around 2009 to 2012.

The town, which is about 200 miles southeast of Paris, were excited that Van Nierop - who called himself Mark - was moving there because they had limited access to medical care and were in need of a dentist.

But instead of helping the town's residents, French prosecutor Lucile Jaillon-Bru said the 51-year-old carried out "useless and painful procedures" and "took pleasure at causing pain" in his patients' mouths. He didn't just cause permanent disabilities to some patients, but also charged them for procedures he never carried out. He was also sentenced on charges of insurance fraud Tuesday.

Van Nierop was charged in 2013 but fled France to avoid court.

In the meantime, one of his former patients, Nicole Martin, organized 120 of his victims to gather stories about his malpractice. She claims she unnecessarily lost several teeth to his procedures. Van Nierop made it to Canada, but was arrested in New Brunswick in 2014 and extradited to France.

He reportedly tried to cut his throat when police found him in Canada, but psychiatrists in France disagreed on his mental condition. One who said he had "narcissistic tendencies" excused him for his actions, while another said he was entirely aware of what he was doing and carried out his vicious practices anyway.

One of his victims, Sylviane Boulesteix, said that when Van Nierop installed her braces in 2012, he gave her "seven or eight injections, and pulled out eight teeth in one go."

"I was gushing blood for three days," she said in her testimony to the court.

In addition to the prison sentence, Van Nierop also was banned from practicing dentistry for life. That's probably for the best.