Mauritius Oil Spill: Full impact of the spill is still unfolding, but scientists have warned of a major ecological disaster, which could impact Mauritius and its tourism-dependent economy for decades 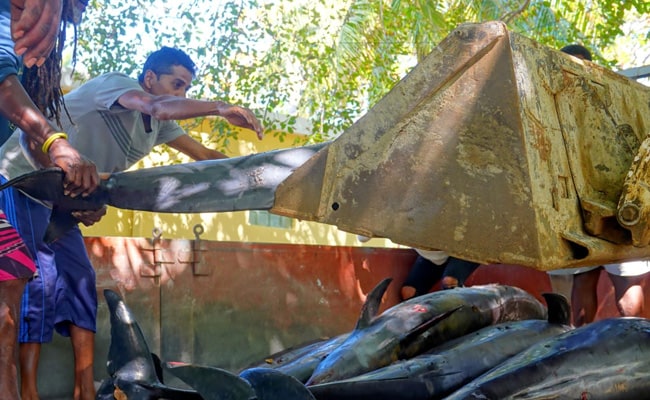 Mauritius Oil Spill: 7 more dolphins were found on Thursday after 17 a day ago in Mauritius.

Seven more dead dolphins were found on a Mauritius beach on Thursday, a government official said, a day after 17 carcasses were washed up near an oil spill caused by a Japanese ship that struck a coral reef.

"We found seven more dolphins this morning in a state of decomposition," Jasvin Sok Appadu from the fisheries ministry told Reuters.

Results from an autopsy conducted on the 17 dolphins found on Wednesday are expected on Thursday.

"The dead dolphins had several wounds and blood around their jaws, no trace of oil however. The ones that survived, around ten, seemed very fatigued and could barely swim," said Jasvin Sok Appadu from the fisheries ministry.

The spill came from the Japanese-owned MV Wakashio, which ran aground on July 25 and began to spill oil about a week later. The ship was scuttled Monday.

Greenpeace called on the government of Mauritius to launch an "urgent investigation to determine the cause of the deaths and any ties to the Wakashio oil spill".

The full impact of the spill is still unfolding, but scientists have warned of a major ecological disaster, which could impact Mauritius and its tourism-dependent economy for decades.

The wildlife at risk include the critically endangered Pink Pigeon, endemic to the island, the seagrasses, clownfish and mangrove forests, whose roots serve as nurseries for fish.

The Mauritius Marine Conservation Society on Wednesday said 15 kilometers of coastline have been affected by the spill and it is moving towards the Blue Bay Marine park, home to 38 types of coral and 78 species of fish.