The officers suffered minor injuries following the attack by a 16-year-old east Jerusalem resident near a Jewish religious school, according to police. 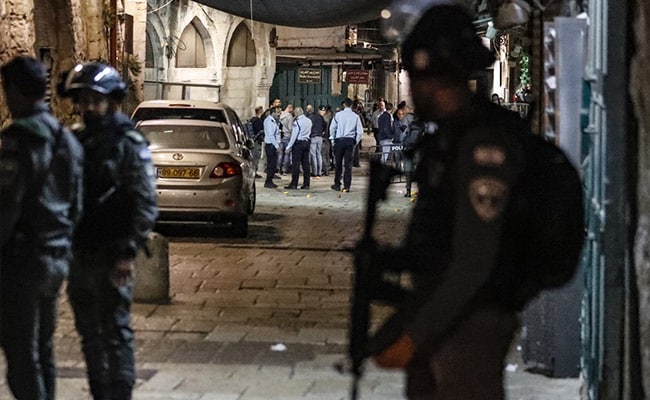 The officers suffered minor injuries following the attack by a 16-year-old east Jerusalem resident near a Jewish religious school, according to police.

Emergency responders said the attack took place in the Muslim quarter and that the wounded included a man and woman, who were taken to hospital.

A police statement said that the assailant was "neutralised", and a police spokesman confirmed to AFP that the attacker had been killed.

The Old City is in the Israeli-annexed eastern part of Jerusalem, which Palestinians claims as the capital of their future state.

The attack took place near a yeshiva, or Jewish religious school, linked to the Ateret Cohanim organisation, a well-funded settler organisation, which states its mission is making "Jewish life flourish in Jerusalem."

The most recent incident occurred in late September, when a woman tried to stab officers on a street that leads to the Al-Aqsa mosque before being shot dead.

Israel captured east Jerusalem in the 1967 Six Day War and later annexed it, in a move not recognised by most of the international community.