Man Dead Under Jeep Believed To Be A Victim of California Quake: Report

The death is the first linked by authorities to either quake, the Los Angeles Times newspaper said. 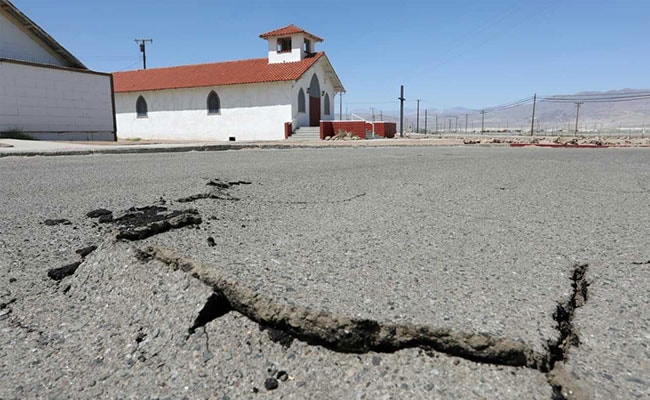 The death is the first linked by authorities to either quake, the Los Angeles Times newspaper said.(file)

A Nevada man found dead and pinned underneath his Jeep is believed to have been a victim of one of the recent earthquakes in southern California that ranked among the most severe in two decades, sheriff's officials said on Wednesday.

An earthquake of magnitude 7.1 shook the remote town of Ridgecrest in the Mojave desert on Friday, 1-1/2 days after one of 6.4 magnitude, both of which were felt as far as Los Angeles and Las Vegas.

"This is what we believe is an earthquake-related death," said Sgt. Adam Tippetts of the Nye County Sheriff's office, but the man's name was not released, pending notification of his family.

The death is the first linked by authorities to either quake, the Los Angeles Times newspaper said.

Deputies had discovered the body of the 56-year-old on Tuesday on his property in Pahrump, Nevada, about 180 miles (290 km) northeast of the California city of Ridgecrest that took the brunt of the quakes.

Officials said he was last seen alive on July 3 at a nearby gas station. He was found under his vehicle, on which he appeared to have been working when it appeared to have fallen off its jacks, Tippetts added.