Brandon Reynolds' daughter was home-schooled, he told investigators, and she did her homework on the computer. She told him she didn't want to do any homework that night, according to the complaint. 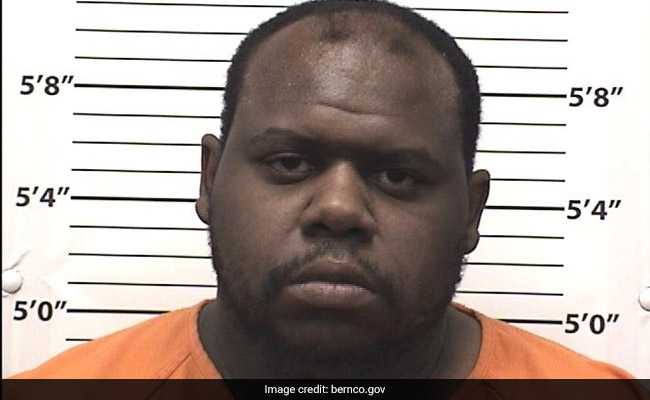 Brandon Reynolds was charged with intentional child abuse resulting in the death of a child, police said

Brandon Reynolds said he had a ritual that would calm him. His daughter's heart formed with a hole while she was in the womb, and from time to time, he would put his ear to her chest to hear and feel the miracle of its beat.

He found it "soothing," Reynolds told police after emergency responders fought to save his 5-year old daughter at his Albuquerque, New Mexico, home early Friday. Fire and rescue arrived to find her in possible cardiac arrest and no pulse.

But signs of physical trauma prompted paramedics to call the police, authorities said in a news conference. The girl regained a pulse and was transferred to the University of New Mexico hospital, where she died, according to a criminal complaint obtained by The Washington Post.

Reynolds was charged Friday with intentional child abuse resulting in the death of a child, authorities said, and his story began to unfurl in a taped interview at the police station.

His daughter was home-schooled, he told investigators, and she did her homework on the computer. She told him she didn't want to do any homework that night, according to the complaint.

That response "triggered" him, Reynolds said.

"That's when the discipline came in," he told investigators. He beat her with a shoe before he began "blacking out" until he realized she was lethargic and cradled her on the living room floor, the complaint said.

Investigators interviewed a neighbor who reported a commotion, including Reynolds shouting, "Get up!"

Officers described a violent and surreal scene inside the home. There was blood on a wall and the carpet, and Reynolds called his daughter's mother on FaceTime to tell her about the incident as officers were still there.

Reynolds said he was alarmed when the girl's breathing became shallow and his ritual nearly went silent - he could barely feel her heartbeat. He then called first responders.

Police observed him to be "emotionless," the complaint said.

It is unclear if Reynolds is represented by an attorney.

A neighbor told KOAT that she used to babysit the child. They painted each other's nails. "She was a little angel," the neighbor said. "She didn't deserve this."

"This is definitely a heartbreaking tragedy, and our officers and detectives are working diligently at this time to get justice for this little girl," Geier said.