Man admits he planned to throw manure on Prince Charles, his wife 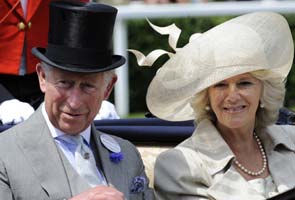 Auckland: A New Zealand man said on Tuesday he had intended to throw manure over Britain's Prince Charles and his wife Camilla in central Auckland just minutes after pleading not guilty in court to planning an assault.

Sam Bracanov, 74, who was arrested on Monday shortly before the royal couple met crowds on the city's waterfront, appeared in the Auckland District Court charged with preparing to commit an assault.

Bracanov, described by police as "a known anti-royalist", denied the charge and was released on bail after being ordered to remain at least 500 metres (yards) from the royals during their New Zealand tour.

Despite his plea, Bracanov told media outside the court that he had purchased horse manure and mixed it with water to a "porridge"-like consistency, intending to throw it at the heir to the throne.

"I would have done it," New Zealand Newswire quoted him as saying.

He said the plan was a protest at Charles's privileged position.

"He didn't qualify with his brain, he qualified with his body, and what (the) body produce(s) goes to toilet, so I would hit him with what goes to toilet," he told reporters, addressing them while sitting on an upturned rubbish bin.

Bracanov reportedly attempted a similar action when Charles visited New Zealand in 1994, attempting to spray air freshener at him to "remove the stink of royalty".

Police said Bracanov's arrest on Monday came before Charles and Camilla arrived at the venue, where hundreds of well-wishers had gathered.

The royal couple are on the last leg of a tour to mark Queen Elizabeth II's diamond jubilee, which has also included visits to Papua New Guinea and Australia.

They were enjoying a rest day from official engagements Tuesday before travelling to Wellington on Wednesday, where Charles will celebrate his 64th birthday.

The tour wraps up in Christchurch on Friday.