Woman Killed By Police, Not Suspect, In US Grocery Store Standoff: Police

Los Angeles Hostage Situation: But Los Angeles Police Chief Michel Moore commended his officers' conduct in what he described as a "devastating ordeal," while the man they arrested was charged with murder for the death of the woman caught in their crossfire. 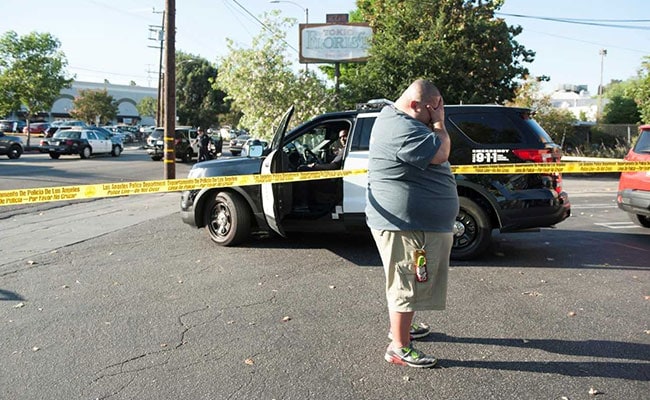 The bullet that struck and killed a woman at a Trader Joe's grocery store in Los Angeles in the chaotic early moments of a weekend hostage siege was fired by police during a gunfight with the armed suspect, authorities revealed on Tuesday.

But Los Angeles Police Chief Michel Moore commended his officers' conduct in what he described as a "devastating ordeal," while the man they arrested was charged with murder for the death of the woman caught in their crossfire.

The victim, Melyda Corado, 27, identified by relatives as a manager at the store, was one of several people who fled the market after the gunman crashed his car just outside while being chased by police on Saturday, Moore told reporters.

The suspect, identified as Gene Atkins, 28, exchanged fire with officers pursuing him into the crowded store in the city's Silver Lake district, then took more than a dozen people hostage as he barricaded himself inside, police said. He finally surrendered following a three-hour standoff.

Suspected of having already shot and wounded his grandmother and a teenage girl elsewhere in the city, Atkins was himself shot in the arm during the gun battle outside Trader Joe's, police said.

Corado, pronounced dead at the scene, was initially said by police to have been killed by gunshots from Atkins. An investigation later proved otherwise.

"I'm sorry to report that we've now determined through our forensic investigation that one of the officers' rounds struck Ms. Corado as she was exiting the market and was in close proximity to Atkins," Moore said. She ran back inside and collapsed behind the manager's desk.

A judge on Tuesday set bail for Atkins at $18.7 million and scheduled his arraignment for Aug. 14, said Shiara Davila-Morales, a spokeswoman for the Los Angeles County district attorney. Atkins was charged with 31 felony counts, including a murder charge stemming from Corado's death.

According to police, the chain of events began at the home of Atkins' grandmother in South Los Angeles, where he is accused of shooting both the 76-year-old woman and a 17-year-old girl.

Police said Atkins then kidnapped the wounded teenager, identified in media accounts as his girlfriend, as he fled the initial crime scene by car. [nL1N1UI09G] Police spotted him a short time later in Hollywood, sparking a chase that ended at the Trader Joe's.

Moore said the scenario confronting the two officers who exchanged gunfire with Atkins was "every officer's worst nightmare." But the chief said both officers did "what they needed to do" to defend the public and themselves.

(Except for the headline, this story has not been edited by NDTV staff and is published from a syndicated feed.)
Comments
Los Angeles Hostage SituationTrader Joe'sGene Atkins

Over 1,60,000 Coronavirus Cases Reported Every Day In Last Week: WHO