This Country Orders Lockdown For Unvaccinated In Drastic Covid Step

Austria needs to raise its "shamefully low vaccination rate," Chancellor Alexander Schallenberg said at a press conference in Vienna. "We are not taking this step lightly. But unfortunately it's necessary." 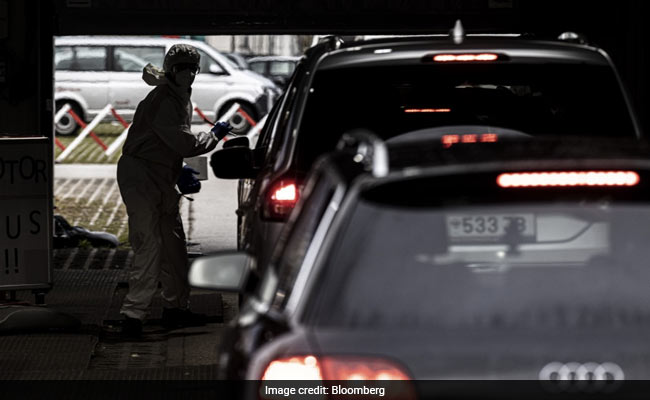 The new rules will be in place until at least Nov. 24.

Austria is putting unvaccinated people under lockdown from Monday, the most drastic move by a Western European country to slow the latest wave of the coronavirus.

European cases reached almost 2 million last week, the most in a single week in the region since the pandemic started. The Netherlands and Latvia have both imposed new measures, while Germany is considering new restrictions after cases rose to record levels.

Globally, governments keen to get life back to normal are increasingly looking for ways to force more people to get inoculated -- from putting unvaccinated people on forced leave, to declining to pay for their medical care.

Austria needs to raise its "shamefully low vaccination rate," Chancellor Alexander Schallenberg said at a press conference in Vienna. "We are not taking this step lightly. But unfortunately it's necessary."

Austria's New Lockdown for the Unvaccinated: What Does it Mean?

Only about 65% of Austrians are fully vaccinated, one of the lowest in Western Europe, and short of levels thought to create herd immunity against the virus.

Austria's inoculation rate is well below neighbors like France and Italy while far above much of Eastern Europe. In Slovakia, whose capital Bratislava is less than 50 miles from Vienna, only 43% are fully vaccinated.

Austria's 7-day average of Covid cases has more than doubled this month to more than 10,000, and its recent rate of infection is among the highest in the world. A record 13,152 cases were reported on Saturday. Austria's seven-day infection rate of 775 new cases per 100,000 people is well above 289 in neighboring Germany, where officials are taking several steps to contain the virus.

German leaders plan to require companies to allow employees to work from home when possible, and its military has put thousands of troops on standby to assist strained medical clinics, according to media reports. Germany recently declared Austria a high-risk zone, and requires unvaccinated people returning from Austria to quarantine.

The Netherlands is also back in partial lockdown, including early closings for bars, shops and restaurants, but hasn't singled out the unvaccinated for special treatment. Latvia has shut bars and shops, imposed curfews and resumed distance learning for students.

People without proof of vaccination or recovery from Covid are already excluded from many activities in Austria, including concerts, restaurants and bars, after a recent tightening of standards. For the vaccinated, life is proceeding fairly normally, although masks are required in indoor spaces like subways and shops, and social distancing is encouraged where possible.

Austria was one of the world's coronavirus hotspots during the beginning of the pandemic, when returning skiers spread the virus throughout northern Europe and as far away as Iceland.

--With assistance from Marton Eder and Iain Rogers.