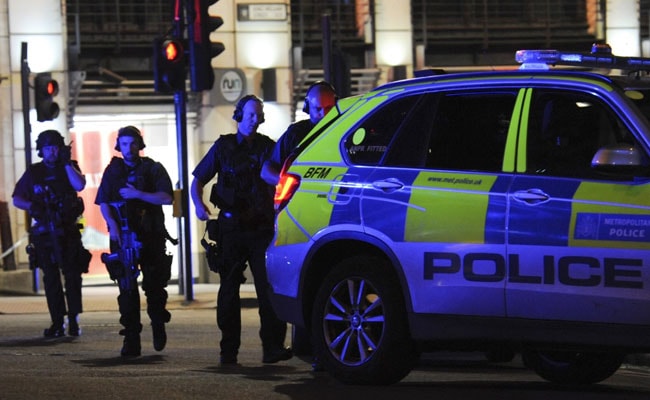 New Delhi: A speeding van mowed down pedestrians on London Bridge late last night, following which, the occupants of the van got out and began stabbing people at bars and restaurants nearby, witnesses said in an attack that police described as the latest in a string of deadly terrorist strikes to hit Britain. Seven people have been killed and 48 others injured. Three terrorists have been shot dead by the police.
Jun 04, 2017 20:38 (IST)
British Prime Minister Theresa May visits victims in the hospital; 21 people remain in critical condition: Associated Press
Jun 04, 2017 19:59 (IST)
London mayor 'has more important things to do' than respond to Trump tweets, says news agency AFP quoting spokesman.
Jun 04, 2017 17:54 (IST)
BREAKING: 12 people arrested by UK police in London attack
Jun 04, 2017 17:35 (IST)
Here is the eyewitness account of what happened on London Bridge:

London eyewitness: "They shouted 'this is for Allah' and stabbed a girl 10-15 times". #Londonattackspic.twitter.com/CUAAiazaYC

"We believe we are experiencing a new trend in the threat we face as terrorism breeds terrorism," Prime Minister Theresa May said in a televised statement on Sunday in front of her Downing Street office, where flags flew at half-mast.

"Perpetrators are inspired to attack not only on the basis of carefully constructed plots ... and not even as lone attackers radicalised online, but by copying one another and often using the crudest of means of attack."

She said the series of attacks represented a perversion of Islam and that Britain's counter-terrorism strategy needed to be reviewed, adding: "It is time to say enough is enough."

Theresa May says campaign, suspended on Thursday, will resume tomorrow. The election will go ahead as planned on Thursday. 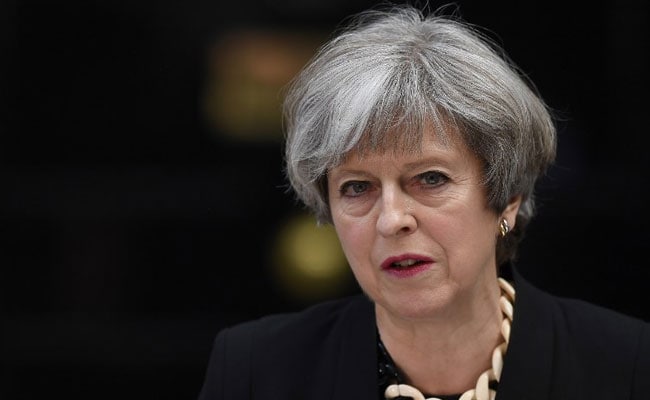 I have just led a meeting of COBR in response to the appalling London attack and I will soon be making a statement in Downing Street.

Seven people were killed in a terror attack on Saturday by three assailants on London Bridge and in the bustling Borough Market nightlife district, the chief of London's police force said on Sunday. "It has now been confirmed sadly that seven members of the public have died," Cressida Dick told reporters, raising the toll from six victims earlier.
Jun 04, 2017 14:17 (IST)

Our brave emergency services did - and do - an heroic job; I cannot praise them enough. 2/3

We will not be cowed by terror. We should vote Thurs because our people & democracy are strong. We will show that terror can never win. 3/3

Jun 04, 2017 11:02 (IST)
London's ambulance service said it had taken 48 people to hospitals across the British capital after an attack which killed six people late on Saturday. "We took 48 patients to five hospitals across London and treated a number of others at the scene for minor injuries," Peter Rhodes, London Ambulance Service's assistant director of operations, said in a statement today. 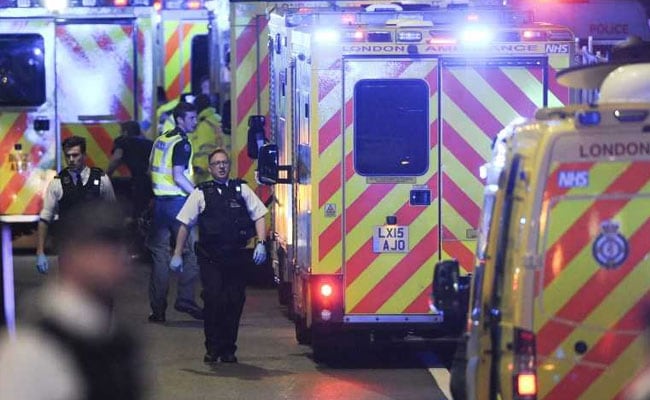 Jun 04, 2017 09:43 (IST)
Prime Minister Narendra Modi has condemned the terror attacks in London saying it is "shocking and anguishing".

Attacks in London are shocking & anguishing. We condemn them. My thoughts are with families of the deceased & prayers with the injured.

Our thoughts & prayers are w/ the victims, courageous first responders & all the people of London. As President Trump said: WE ARE WITH YOU.

We need to be smart, vigilant and tough. We need the courts to give us back our rights. We need the Travel Ban as an extra level of safety!

Whatever the United States can do to help out in London and the U. K., we will be there - WE ARE WITH YOU. GOD BLESS!

Please remain calm, but be alert & vigilant. We are using all necessary skills & resources at #LondonBridge#BoroughMarket#Vauxhall