NASA's Curiosity Rover has provided data that shows different types of microbes may have inhabited the planet billions of years ago. 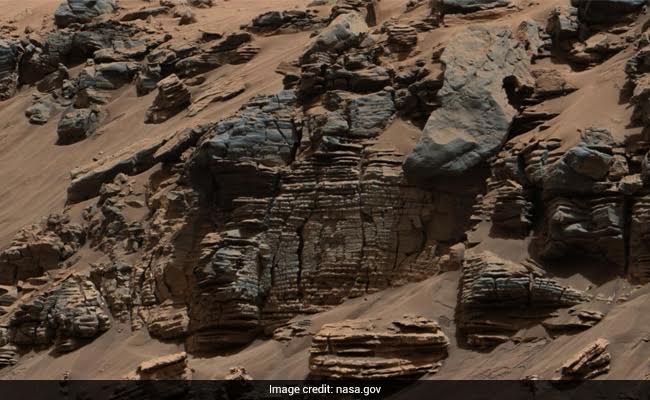 The lake in Mars was stratified, with physical differences in different parts of it.

Researchers found that the lake in Mars' Gale Crater was stratified. This means that the water exhibited sharp chemical or physical differences in different parts of the lake. The shallow water was richer in oxidants than deeper water was, researchers said.

"These were very different, co-existing environments in the same lake," said Joel Hurowitz of Stony Brook University in the US.

"This type of oxidant stratification is a common feature of lakes on Earth, and now we've found it on Mars," said Mr Hurowitz.

Whether Mars has ever hosted any life is still unknown, but seeking signs of life on any planet - whether Mars or more-distant icy worlds - begins with reconstruction of the environment to determine if it was capable of supporting life.

Curiosity's primary goal when it landed inside Gale Crater in 2012 was to determine whether Mars has ever offered environmental conditions favourable for microbial life.

In its first year, on the crater floor at "Yellowknife Bay," the rover found evidence of ancient freshwater river and lake environments with all the main chemical ingredients for life and a possible energy source for life.

Curiosity has since driven to the base of Mount Sharp, a layered mountain inside the crater, and inspected rock layers that grow progressively younger as the rover gains elevation on lower Mount Sharp.