Seif al-Islam was sentenced to death in July 2015 by a court in Tripoli for his role in the murderous repression of the 2011 revolt. 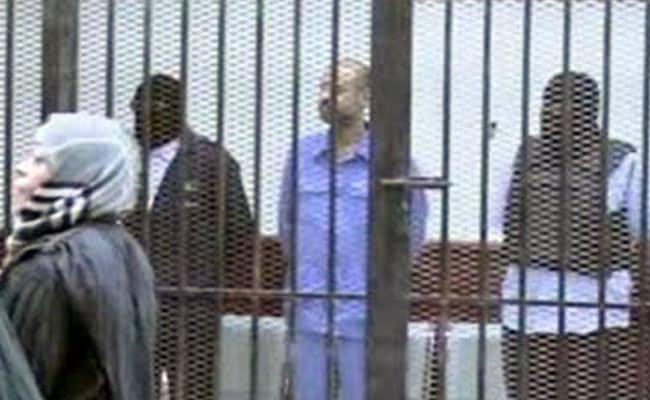 Tripoli, Libya: An armed group in Libya said on Facebook Saturday it has freed Seif al-Islam, the son of dead dictator Muammar Gaddafi who has been in custody since November 2011.

The Abu Bakr al-Sadiq Brigade, a militia of former rebels that controls the town of Zintan in western Libya, said Seif al-Islam was freed Friday evening, "the 14th day of the month of Ramadan", under an amnesty law promulgated by the parliament based in the east.

The North African country has rival administrations, with the authorities in the east not recognising the UN-backed Government of National Accord (GNA) based in the capital.

Political rivalry and fighting between militias has hampered Libya's efforts to recover from the chaos that followed the 2011 uprising that toppled and killed Seif al-Islam's father.

Rival authorities and militias have been vying for control of the oil-rich country ever since.

"We have decided to liberate Seif al-Islam Muammar Gaddafi. He is now free and has left the city of Zintan," the statement on Facebook said.

The son of the former dictator is the subject of an arrest warrant for crimes against humanity allegedly committed during the eight months of the uprising in 2011.

Libya's authorities and the International Criminal Court (ICC) are in dispute over who has the right to judge him.

He was sentenced to death in July 2015 by a court in Tripoli for his role in the murderous repression of the 2011 revolt.

The same armed group made an identical announcement in July 2016 about freeing Seif al-Islam, but this was later denied by the authorities in Zintan.

Seif al-Islam, 44, whose name means sword of Islam, is the second of Gaddafi's eight children, the eldest son of his second wife Safiya.

The fluent English speaker often appeared in the West as the public face of his father's regime.

Late last month, Tripoli was rocked by fierce clashes between forces loyal to the unity government and rival militias, with more than 50 members of the pro-GNA forces reported killed.

Promoted
Listen to the latest songs, only on JioSaavn.com
Relying on militia support and pitted against the rival administration in the east, the GNA has struggled to assert its authority across the country.


(This story has not been edited by NDTV staff and is auto-generated from a syndicated feed.)
Comments
Seif al-IslamLibyan GroupMoamer Gaddafi