'Last Jew In Pakistan' Allowed To Profess His Religion 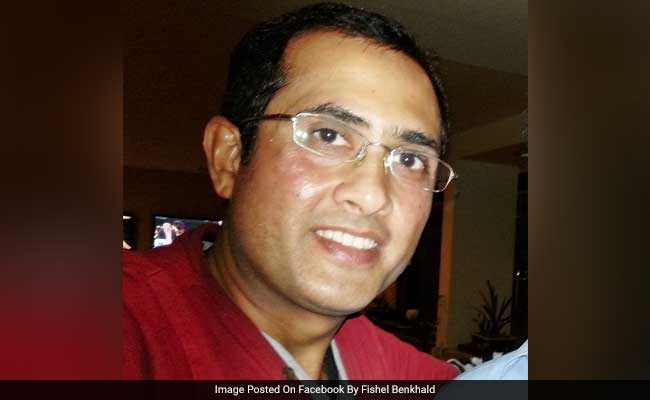 Fishel Benkhald has been dubbed 'The Last Jew in Pakistan' by the international media.

Islamabad: Pakistan has allowed a 29-year-old Jewish activist to change his religion from Islam to Judaism, an unusual move by authorities in the country. In normal circumstances, it would have been a normal practice to let Fishel Benkhald get religion of his choice in the column of religion for the forms filled to get national identity card and passport.

But it was a task for Benkhaled as he was registered as a Muslim, and it could be interpreted as apostasy. The ministry of interior in Pakistan has recently given the green light in response to Benkhaled's application where he had sought 'conversion/correction' of his religion from Islam to Judaism in his national identity documents, the Express Tribune reported.

However, he made an appeal to the NADRA to allow him to return to the religion of his choice, Judaism, by correcting it in a smart ID card he had applied for last year.

NADRA, which was in a fix over the issue, had asked for the interior ministry's opinion to correct the religion of a former Muslim, a ministry source was quoted as saying by the daily.

In its response, the ministry said in writing that "the applicant may be allowed to practice religion of (his) choosing and preference".

NADRA usually turns down such requests, especially from Muslims to any other faith, due to the sensitive religious atmosphere in the country. Although the interior ministry has given the green signal, NADRA has yet to issue a smart card after correcting Benkhald's religion.

A document available with daily suggests that correspondence between the ministry of interior and NADRA over the issue had taken place in February-March 2017.

Benkhald thanked the authorities, especially the interior ministry and NADRA, for granting him the right to profess religion of his choice, the report said.

"I studied Islam in childhood. But I never practiced it as a religion," Benkhald said adding that he would consider that a positive development in his case as a treat from Pakistani authorities for upcoming Passover - a religious event of Jews to commemorate their liberation from Egyptian slavery celebrated in March-April.

Pakistani Jews, a few in numbers, usually hide their identity from public. According to a top NADRA official, their identity details, such as house addresses, in the authority's records are treated as top secret.

There are some 745 registered Jew families in Pakistan, the official said.

Benkhald said that recently he has mentioned himself as a Jew in the religion column during the ongoing census in Pakistan. Both the mother and father of Benkhald died in 1996 and 1998, respectively.

"First milestone has been achieved," said Benkhald, who has also been campaigning for preserving an old Jewish cemetery in Karachi.

Promoted
Listen to the latest songs, only on JioSaavn.com
His interesting story in past had caught attention of international media where he was dubbed 'The Last Jew in Pakistan'.

Religious scholar Mufti Abdul Sattar, commenting over the issue, said a child was not bound to carry on the religion of his/her father or mother.