"Was Caught By Angels": 5-Year-Old Boy Thrown Off US Mall Balcony

The child, identified only as Landen, is walking "perfectly" after suffering from injuries that resulted from the incident in April. 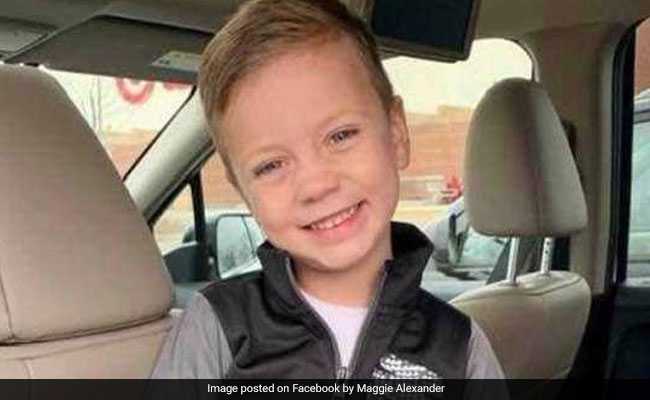 The boy who was thrown off a third-floor balcony at the Mall of America in Minnesota earlier this year has returned to school.

The child, identified only as Landen, is walking "perfectly" after suffering from injuries that resulted from the incident in April, according to a GoFundMe page run by a family friend.

Noah Hanneman, the organizer of the page, did not immediately respond to a request for comment.

Landen, who was 5 years old at the time of the incident, went home in August with a limp and uneven legs from by a broken femur and an open wound on his abdomen, according to the page.

The boy spent months in intensive care to recover from two broken arms, a broken leg, the removal of his spleen and procedures to remove fluid from his lungs and stomach, among other injuries, according to a family statement.

He is now walking without a limp and able to blow kisses to his mother before heading off to school each day, an update on the GoFundMe page said.

The kindergartner tells people that he fell off a cliff, was caught by angels and that Jesus loves him, so he'll be fine, according to the site.

Since the GoFundMe account launched the day after Landen's attack, it has received more than $1 million from well-wishers to cover his medical bills.

On April 12, Emmanuel Aranda arrived at the Mall of America "looking for someone to kill" and then threw 5-year-old Landen off a third-floor balcony, according to authorities.

Aranda pleaded guilty to attempted first-degree murder in May and was sentenced to 19 years in prison. At his trial, he did not make a statement on his behalf and did not appear to show remorse, according to a report by the Minneapolis Star Tribune.

Aranda's mother told reporters that her son was homeless before his incarceration and had suffered from mental-health problems since he was a toddler, according to the Star Tribune.

In September, Aranda filed to appeal his case, without providing a reason, the newspaper reported.

In her victim impact statement, Landen's mother told Aranda that she had forgiven him because of her faith in God.

"God will judge you someday, and I have peace with that," she wrote. "I hand it off to him and you will take none of my thoughts ever again. I am done with you."

In the post Friday, Landen's family expressed hope for his full recovery. Now whenever Landen's mother asks him how he's doing, he tells her, "Mom, I'm healed, you don't need to ask anymore," according to the GoFundMe page.