He Was Stronger Than A Helicopter: Media Reacts To Kobe Bryant's Death 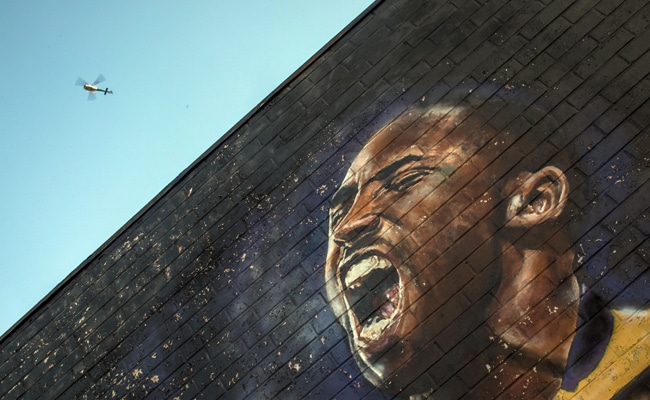 Journalists from inside and outside the world of sport lined up to pay tribute to NBA champion and two-time Olympic gold medallist Kobe Bryant after his death in a helicopter crash.

US Sports magazine Sports Illustrated ran with a single black and white photo of Bryant in profile and the headline: "Kobe Bryant, 1978-2020".

Below, it posted links to every cover that had featured the star.

"How does that happen? Kobe is stronger than any helicopter," wrote Bill Plaschke in the Los Angeles Times, the newspaper of the city that adored Bryant, who won five NBA titles with the Los Angeles Lakers.

"He didn't even need a helicopter. For 20 years he flew into greatness while carrying a breathless city with him."

At the other end of the country, the New York Times website carried a lengthy profile of Bryant, hailing his "extraordinary career" as well as mentioning 2003 rape accusations that were levelled against him.

"On the court, he was the alpha, really-for better, and, sometimes, worse, in greatness and defeat, demanding to put the whole game on his shoulders when it mattered most, and even when it didn't matter much at all."

The grief was just as strongly felt in Europe, particularly Italy, where Bryant spent part of his childhood and where his father played professional basketball. In Italy, the La Gazzetta dello Sport ran with the headline "La Tragedia" - "The Tragedy" - and paid tribute to Bryant's "fluent Italian", picked up during his stay in the country.

La Gazzetta also posted a video of a young Bryant playing basketball in Pistoia in Tuscany.

The Corriere sports daily recalled Bryant's love for Italy and its football - he was an avid AC Milan fan - quoting Roma legend Francesco Totti as saying he was "honored to have known the American champion".

In France, where Bryant also briefly lived when he was a teenager, L'Equipe dedicated nine pages to the star's death, underneath a photo of Bryant posing against the Paris skyline.

"Basketball alone does not define me," he told the French publication in 2017.

Marca, the most popular sports magazine in Spain talked of "pain and glory" after the death of Bryant.

"Most players are either consumed by the marathon of the NBA or worn down by the grind of 82 games, plus playoffs, year upon year," wrote Roy Ward in Australia's Sydney Morning Herald.

"Kobe was one of the rare ones who transcended the grind. He worked himself until he could stand up to every road trip, every injury, every boo; every missed shot and every loss."