In front of a crowd, the King also declared that her sculpture would "look over" the city. 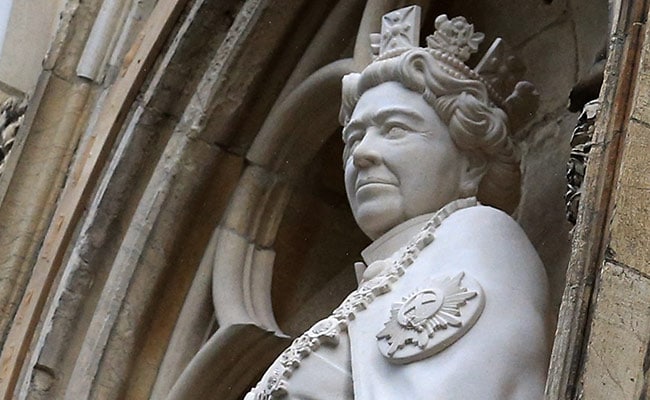 King Charles III has unveiled a statue of Queen Elizabeth, which has been erected in her honour, in York, England. This is the Queen's first statue to be inaugurated since her death on September 8 this year. The humongous 6ft 7in sculpture, which was finished in August, the month before the Queen died, was created to honour 70 years of her service to the throne, according to a BBC report.

"When this statue was first planned five years ago, during a reign of unprecedented duration and achievement, it was intended as a celebration of the late Queen's Platinum Jubilee," King Charles III said during the inauguration ceremony.

In front of a crowd, the King also declared that her sculpture would "look over" the city. A maquette of the statue was presented to the King following a service inside the cathedral.

As per the BBC, the statue is made of French lepine limestone and is carved by York Minster stone mason Richard Bossons. It is said to weigh close to two tonnes. The report further said that the sculpture is displayed in a niche on the west front of the cathedral.

As per the details on the sculpture, the Queen is shown holding the orb and sceptre, symbols of power, while also donning the George IV State Diadem and Garter robes.

The BBC said that the statue was chosen by the Queen herself and was due to be displayed in the month of September. However, her death postponed the same.

On November 10, a man was detained by police after eggs were thrown at King Charles III and his wife, Queen Consort Camilla, as they carried out an engagement in northern England. The eggs flew past the two royals and smashed on the ground.