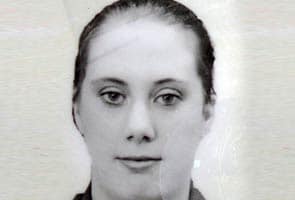 Johannesburg: South Africa said today it was probing whether a British woman travelled to Kenya on a forged South African passport and took part in a deadly siege of a Nairobi mall.

Kenyan Foreign Minister Amina Mohamed has said that two or three American men and a British woman were among the suspected Al Qaeda linked Shebab militants behind the attacks at the Westgate shopping centre.

Pretoria is conducting a "thorough investigation" into reports that the woman may have travelled to Kenya using a forged South African passport, Home Affairs spokesman Ronnie Mamoepa told AFP.

"Reports are saying a white terrorist was killed in that shootout," he said, referring to reports that a British woman suspect dubbed the "White Widow" had been killed.

He said South Africa would work with the Kenyan authorities to obtain a copy of the passport "to enable us to determine the facts".

Media reports have said the woman could be Samantha Lewthwaite, the widow of one of the suicide bombers in the 2005 attacks on the London transport network.

Lewthwaite is wanted by Kenya over terror plot allegations after she entered the country with a South African passport - believed to be forged - under the name Natalie Faye Webb.

South African officials were trying to find out if a passport had been found "on the body of the person" killed in the Nairobi siege, said Mamoepa.

29-year-old Lewthwaite regularly travels to South Africa and stayed in Indian suburbs of Johannesburg earlier this year, according to terror expert and politics professor Hussein Solomon from the University of the Free State.

"She managed to enter the country even though her name is on Interpol's list of wanted persons," Solomon told Beeld newspaper.

Promoted
Listen to the latest songs, only on JioSaavn.com
Mamoepa declined to say whether anyone with Webb's passport number had travelled to or from South Africa in recent months.