Sabio, who claims he has no money and on the run, said he received death threats from president Duterte supporters on social media after he filed a petition with the Hague based international criminal court in April last year. 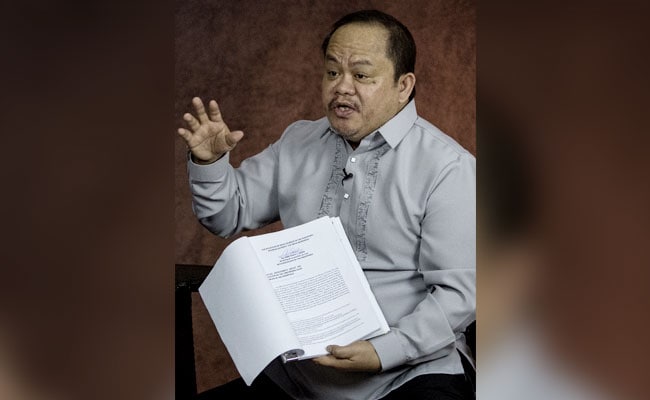 Manila, Philippines: Philippine lawyer Jude Sabio felt it was his duty to bring President Rodrigo Duterte's deadly war on drugs to the attention of international war crimes prosecutors, but now that a probe into the killings is under way, he fears he too has become a target.

Sabio, who describes himself as penniless and on the run, said he had received death threats from Duterte supporters on social media after filing a petition with the Hague-based International Criminal Court in April last year.

"I'm in a state of constant paranoia because I fear for my life," Sabio, 51, told AFP in an interview. "It could be very possible that a bullet will hit me."

ICC prosecutor Fatou Bensouda launched a "preliminary examination" after receiving Sabio's petition, which alleges around 8,000 extrajudicial killings, and this could lead to a full investigation by the court.

Duterte won a landslide victory in 2016 elections largely on a pledge to eradicate drugs. He is accused of stoking the killings with inflammatory statements and repeated promises to pardon any police officer charged with murder.

Police say they have killed 4,021 drug suspects in self-defence, but rights groups claim police and shadowy vigilantes have actually killed more than 12,000 people.

Duterte maintains he is beyond the ICC's jurisdiction and has threatened to withdraw his country from the treaty that created it if the tribunal pursues a formal investigation. 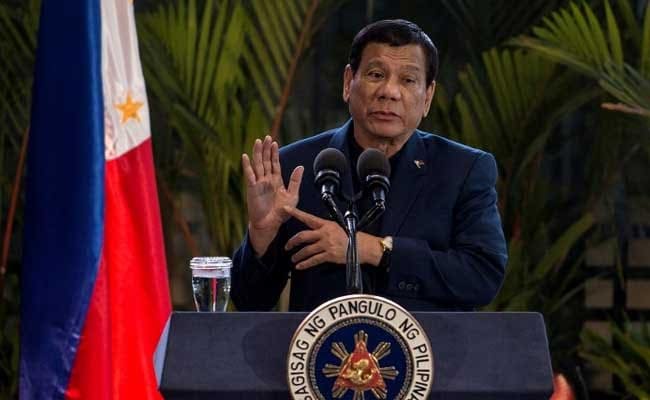 Rodrigo Duterte's spokesman Harry Roque said the president had no "ill will" against the lawyer.
"The problem with me is when I see something wrong I fight," said Sabio, who had a low-key legal practice for two decades and unsuccessfully ran for public office twice.

"Now to the question of how it feels to be standing against Goliath, to me the fact that he is president, I'm sorry to say this, doesn't matter to me."

The unassuming lawyer -- the son of public school teachers of modest means -- lost the 2010 election for mayor of a southern town and was disqualified for being a "nuisance" senatorial candidate in 2016, officially ruled as lacking funds to run his campaign.

But his life started to change course when in October 2016 he agreed to represent Edgar Matobato, a self-confessed assassin whose deposition forms part of the ICC case.

Matobato had spectacularly confessed at a Senate public hearing a month earlier that he was a member of the "Davao Death Squad" that killed at least a thousand people on Duterte's orders when the president was mayor of Davao city.

The lawyer alleged in the suit that the drug war was the "Davao Death Squad" on a national scale, which Duterte rejects.

"It is targeting a vulnerable civilian population, composed mostly of the poor living in depressed communities," Sabio said.

"The only way to stop the killings is to issue a warrant of arrest. Arrest president Duterte and bring him to The Hague."

Sabio, a short, stocky man with an unruly moustache, has feared for his life ever since and he left his southern home city of Cagayan de Oro for his own safety a year ago -- the last time he saw his 75-year-old mother.

His assassins could be "riding in tandem" he said, referring to gunmen on motorcycles, said by witnesses to be behind many of the unsolved street murders of known small-time drug dealers.

Responding to questions about the threat against Sabio, Duterte's spokesman Harry Roque said Tuesday the president bore no "ill will" against the lawyer.

"Let's make sure that if there's a threat, he should report it to the police," Roque told reporters.

However, Sabio hit back Friday, saying "these people are treacherous".

He said he does not know Duterte personally and denied working for the opposition, taking on the case purely on principle.

But Sabio does not look like a crusader and is battling myriad health problems including diabetes and heart disease  twice going under the knife, the last in mid-2016, to insert six stents for clogged blood vessels.

He still owes the hospital 900,000 pesos (more than $17,000), and when he flew to the Netherlands to file the case "I had no money so people contributed for my plane ticket, and also for my hotel".

Since leaving Cagayan de Oro, he has missed doctors' appointments as well as meetings with other clients.

Promoted
Listen to the latest songs, only on JioSaavn.com
"I could have died in that operation," Sabio said. "But I don't know, I was brought to life and maybe this is my mission in life."

(Except for the headline, this story has not been edited by NDTV staff and is published from a syndicated feed.)
Comments
Phillipine Drug WarInternational Criminal CourtRodrigo Duterte