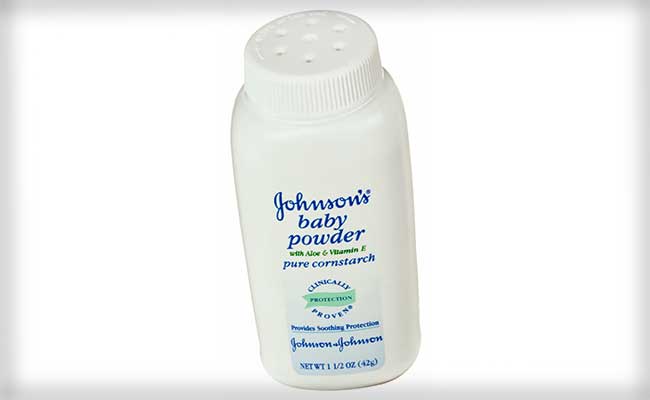 The suit accused Johnson & Johnson of "negligent conduct" in making and marketing its baby powder.

St Louis: A St Louis jury has awarded a California woman more than $70 million in her lawsuit alleging that years of using Johnson & Johnson's baby powder caused her cancer, the latest case raising concerns about the health ramifications of extended talcum powder use.

The jury ruling ended the trial that began September 26 in the case brought by Deborah Giannecchini of Modesto, California. She was diagnosed with ovarian cancer in 2012.

The suit yesterday accused Johnson & Johnson of "negligent conduct" in making and marketing its baby powder.

"We are pleased the jury did the right thing," said Jim Onder, an attorney for the plaintiff. "They once again reaffirmed the need for Johnson & Johnson to warn the public of the ovarian cancer risk associated with its product."

Carol Goodrich, a spokeswoman with Johnson & Johnson, could not immediately be reached for comment.

In a statement provided to the St. Louis Post-Dispatch, she said: "We deeply sympathize with the women and families impacted by ovarian cancer. We will appeal today's verdict because we are guided by the science, which supports the safety of Johnson's Baby Powder."

Earlier this year, two other lawsuits in St Louis ended in jury verdicts worth a combined $127 million. But two others in New Jersey were thrown out by a judge who said there wasn't reliable evidence that talc leads to ovarian cancer, an often fatal but relatively rare form of cancer.

Ovarian cancer accounts for about 22,000 of the 1.7 million new cases of cancer expected to be diagnosed in the US this year.

About 2,000 women have filed similar suits, and lawyers are reviewing thousands of other potential cases, most generated by ads touting the two big verdicts out of St Louis a $72 million award in February to relatives of an Alabama woman who died of ovarian cancer, and a $55 million award in May to a South Dakota survivor of the disease.

Much research has found no link or a weak one between ovarian cancer and using baby powder for feminine hygiene, and most major health groups have declared talc harmless. Johnson & Johnson, whose baby powder dominates the market, maintains it's perfectly safe.

But Onder of the Onder Law Firm in suburban St Louis, which represented plaintiffs in all three St Louis cases, cited other research that began connecting talcum powder to ovarian cancer in the 1970s.

Promoted
Listen to the latest songs, only on JioSaavn.com
He said case studies have indicated that women who regularly use talc on their genital area face up to a 40 per cent higher risk of developing ovarian cancer.