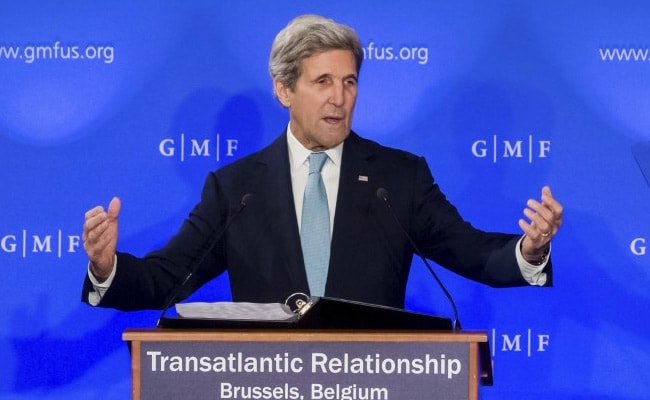 John Kerry has been given the Legion d'Honneur, France's highest honour. (File Photo)

Paris, France: US Secretary of State John Kerry has been given the Legion d'Honneur, France's highest honour, with his French counterpart calling him "the most French of American officials".

At a ceremony in Paris on Saturday, French Foreign Minister Jean-Marc Ayrault also said the top US diplomat was a "tireless champion of peace".

"Francophone, Francophile, you are certainly the most French of American officials" Ayrault said.

Kerry's French heritage and fondness for the country saw him attacked on the presidential campaign trail in 2004, when he was the Democratic candidate running against Republican George W Bush.

Tensions were running high between Paris and Washington over the Iraq war, to the extent that America's beloved junk food, French Fries, were briefly renamed Freedom Fries, Ayrault said.

Kerry's mother and aunt were born in Paris in the early 1920s and America's top diplomat spent holidays as a young man at the family residence in Saint-Brignac-sur-Mer, in Brittany.

Ayrault paid tribute to the "sincerity" of Kerry's political and diplomatic engagement, citing his contributions as secretary of state to the historic 2015 climate change agreement, the Iran nuclear deal and the struggle to bring the war in Syria to an end.

"You are a tireless champion of peace," he added.