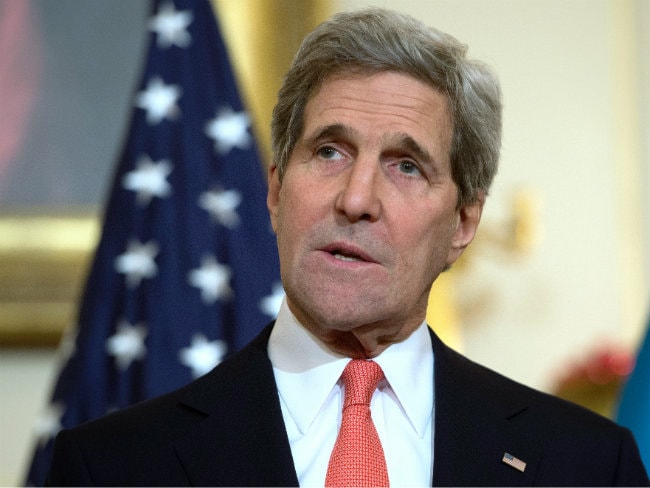 US Secretary of State John Kerry on Wednesday blasted the Venezuelan government's "egregious behavior" and promised the speedy implementation of recent sanctions against the crisis-hit country.

Speaking at a US Senate Committee on Foreign Relations, Kerry said Venezuelan President Nicolas Maduro's regime had made a series of "wrong choices" in its handling of anti-government protests, as well as its clampdown on opposition leaders over claims of a US-backed coup plot.

"Venezuela keeps moving in the wrong direction and making the wrong choices," Kerry said. "The answer is the sanctions are being implemented right now as fast as possible."

Washington in December passed a law allowing sanctions against senior Venezuelan officials accused of violating the rights of protesters during anti-government demonstrations at the start of 2014.

Kerry said several US government agencies had "no disagreement whatsoever on the egregious behavior, the repression of people, the arrests, the false accusations against us that are emanating out of Venezuela."

Kerry also condemned the "horrendous" death of a 14-year-old student who was fatally shot in the head Tuesday at a protest in the western city of San Cristobal.

"We invite frequently President Maduro to realize that there's a completely alternative set of options available to him. We hope he'll take them," Kerry said.

Maduro has been accused of cracking down on the opposition after the arrest last week of Caracas mayor Antonio Ledezma on charges of conspiring to overthrow the government.

Maduro this week called on America to stop plotting coups against Venezuela. The United States has denied this.

Promoted
Listen to the latest songs, only on JioSaavn.com
Caracas and Washington have had strained relations since 1999, when Hugo Chavez came to power, and in 2010 the two countries recalled their ambassadors.

However, the United States is the main buyer of Venezuelan oil.