Donald Trump has refused to concede the Nov. 3 election, blocking the smooth transition to a new administration. 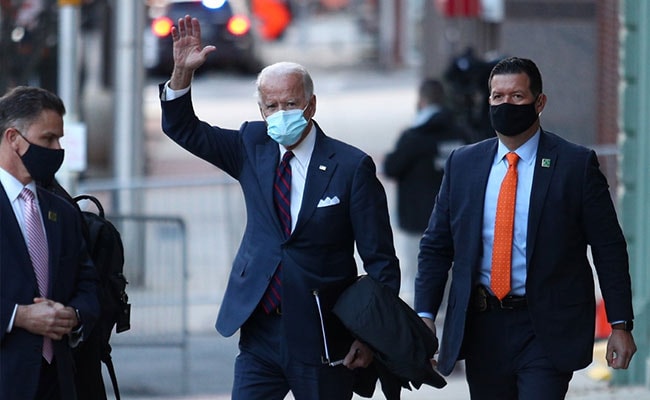 US President-elect Joe Biden will meet with healthcare workers on the frontlines of the coronavirus crisis in a virtual event on Wednesday, as outgoing President Donald Trump expands his campaign to overturn the election results.

Trump has refused to concede the Nov. 3 election, blocking the smooth transition to a new administration. Biden has pledged to make the pandemic, which has killed more than 247,000 people in the United States and cost millions their jobs, a top priority when he takes office on Jan. 20.

Biden and his senior advisers have said that Trump's defiance could jeopardize efforts to contain surging COVID-19 cases and inhibit vaccine distribution planning.

That sentiment was echoed by three leading US healthcare organizations on Tuesday that addressed the president directly in an open letter, urging him to share critical COVID-19 data with the Biden team.

"As providers of care for all Americans, we see the suffering that is occurring in our communities due to COVID-19....It is from this front line human perspective that we urge you to share critical data and information as soon as possible," said the letter, signed by the heads of the American Medical Association, the American Nurses Association and the American Hospitals Association.

While Biden participates in the virtual roundtable from his home state of Delaware on Wednesday, Trump again has no public events scheduled.

Trump has claimed, without providing evidence, that he was was cheated out of a victory by widespread fraud and he has fired off a flurry of lawsuits that judges have mostly rejected.

Biden won the national popular vote by more than 5.6 million votes, or 3.6 percentage points, with some ballots still being counted. In the state-by-state Electoral College that determines the winner, Biden captured 306 votes to the Republican Trump's 232.

To remain in office, Trump would need to overturn results in at least three of the most closely contested states in unprecedented fashion to reach the threshold of 270 electoral votes.

States face a Dec. 8 deadline to certify election results in time for the official Electoral College vote on Dec. 14.

Congress is scheduled to count the Electoral College votes on Jan. 6, which is normally a formality. But Trump supporters in the Senate and House of Representatives could object to the results in a final, long-shot attempt to deprive Biden of 270 electoral votes and turn the final decision over to House.

Trump on Tuesday fired the top US cybersecurity official, who had irked Trump by refusing to support allegations of election fraud.

Chris Krebs was removed as head of the Department of Homeland Security's Cybersecurity and Infrastructure Security Agency. His work in protecting the election from hackers and combating disinformation about the vote won praise from lawmakers of both parties, as well as election officials around the country.

A Biden spokesman praised Krebs, saying he "should be commended for his service in protecting our elections, not fired for telling the truth".

Taking their cue from the president, Republicans across the country have attempted to cast doubt over the results.

In Michigan, where Biden won by 145,000 votes, two Republicans on the Wayne County board of canvassers attempted to hold up Biden's victory in that state on Tuesday, only to relent hours later.

In a county that includes the majority-Black city of Detroit and that voted overwhelmingly in favor of Biden, the two board members initially voted to block certification of the results, citing slight inconsistencies in precinct totals.

That drew praise from Trump, who said on Twitter that "having courage is a beautiful thing". But the Republicans reversed their decision after more than two hours of angry public comment and voted to certify the Wayne County results, with the caveat the Michigan secretary of state conduct an audit of precinct tallies.

At a federal court hearing in Pennsylvania on Tuesday, US District Judge Matthew Brann appeared skeptical of Trump's request to block officials from certifying Biden's win in that state.

"At bottom, you are asking this court to invalidate 6.8 million votes, thereby disenfranchising every single voter in the Commonwealth (of Pennsylvania)," Brann said. "Can you tell me how this result can possibly be justified?"