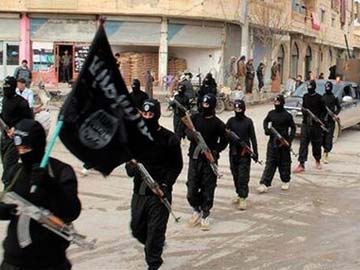 File photo: This undated file image posted on a militant website on Tuesday, Jan. 14, 2014, which has been verified and is consistent with other AP reporting, shows fighters from the al Qaeda linked Islamic State of Iraq and the Levant (ISIL) marching in

Beirut: Jihadists in the northern Syrian province of Raqa have accused a woman of adultery and stoned her to death, the Syrian Observatory for Human Rights said on Friday.

It was the first "execution" of its kind by the Islamic State (IS) group in Syria, which has proclaimed the establishment of an Islamic "caliphate" straddling Syria and Iraq.

"The Islamic State carried out its first sentence of death by stoning against a woman in Tabaqa, accusing her of adultery," said the Britain-based Observatory, referring to a town in Raqa province, most of which is under IS control.

An activist in the province confirmed the report, and said the stoning took place in a public square in the Tabaqa market area on Thursday evening.

"This is the first time that this has happened here," added Abu Ibrahim.

A second activist in Raqa, Hadi Salameh, said the woman was reportedly in her thirties, but that few details were known about her except that she was killed after sentencing by an IS religious court.

"The situation is unbearable. Stoning is the worst punishment history has known. A quick death is more merciful," Salameh told AFP via the Internet, using a pseudonym for security reasons.

"The woman's family did not know the sentence was going to be carried out at this time," said Salameh.

He said residents are "terrified" of IS, but fear the consequences of reacting to its harsh methods.

IS first emerged in the Syrian conflict in late spring last year.

Some Syrian rebels initially welcomed the jihadists, seeing them as potential allies in their war to topple President Bashar al-Assad's regime.

Promoted
Listen to the latest songs, only on JioSaavn.com
But the group's systematic abuses and quest for domination swiftly turned the mainstream opposition against it, and rebels have been battling IS fighters since January.

IS spearheaded a recent offensive in Iraq, capturing large swathes of territory and massive amounts of weapons from fleeing Iraqi troops.