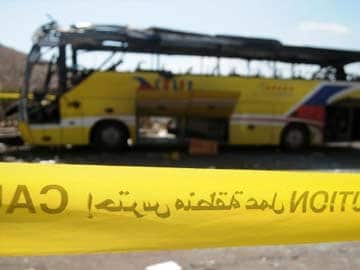 A yellow police tape circles the wreckage of a bus that was targeted the day before by a bomb in the Egyptian south Sinai resort town of Taba on February 17, 2014

Promoted
Listen to the latest songs, only on JioSaavn.com
"One of the heroes of Ansar Beit al-Maqdis carried out the attack on a tourist bus heading towards the Zionist entity (Israel)," said a statement attributed to the group and posted on jihadist forums.

The bombing on Sunday, near the Taba border crossing with Israel, was the first targeting tourists since the military overthrow of Islamist president Mohamed Morsi in July sparked a militant campaign that has killed scores of police and soldiers.