Shortly before Moshe's second birthday, the terrorists stormed the Chabad House in Mumbai, taking the toddler, his parents and several tourists hostage. 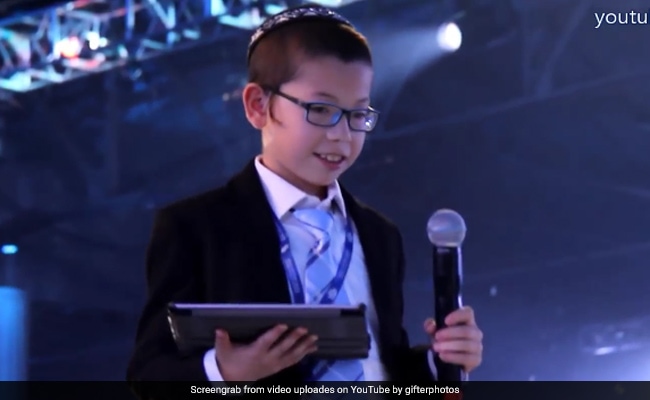 PM Modi is meeting Moshe, who survived the 2008 attack that claimed the lives of his parents.

Mumbai: Moshe Holtzberg, the Israeli child who as a toddler survived the 2008 terror attack at a Jewish centre in Mumbai, is "excited and emotional" ahead of his meeting with Prime Minister Narendra Modi in Jerusalem today, his grandfather says.

Shortly before Moshe's second birthday, the terrorists stormed the Chabad House in Mumbai, taking the toddler, his parents and several tourists hostage. Moshe's nanny, Sandra Samuels, was also in the building but managed to hide in a room downstairs.

She emerged when she heard Moshe's cries and found him standing between his parents' bodies. She grabbed him and fled the building, also known as the 'Nariman House', which reopened in 2014 after extensive renovations.

"Moshe is excited and emotional. We all are. We attach a lot of importance to the visit of Modi to Israel and his deciding to meet us," Rabbi Shimon Rosenberg told PTI over phone from Jerusalem.

PM Modi is making a special point by meeting 11-year-old Moshe, who survived the 2008 attack that claimed the lives of his parents, Rabbi Gavriel and Rivka Holtzberg, the directors of the Chabad House.

"We all are here at Jerusalem from Afula to meet the Indian prime minister. This meeting is very important to us as the prime minister, who represents 125 crore Indians, has shown a desire to meet Moshe and us," Mr Rosenberg said.

"India has given too much love to Moshe and all of us. God bless India and Prime Minister Modi," he said.

"It is nice to know that we have not been forgotten and that Indians share our pain," he said.

Asked if Moshe recalls the Chabad House attack in Mumbai, Mr Rosenberg said, "He doesn't speak much (on the terror attacks) but says Chabad House is his home."

Moshe will be visiting Chabad House after two years when he is 13, Rosenberg said.

"I could not believe my ears when I got a call from the Indian ambassador saying that Prime Minister Narendra Modi wants to meet us," Moshe's grandfather said.

Promoted
Listen to the latest songs, only on JioSaavn.com
Ms Samuels, 53, was granted honorary Israeli citizenship in 2008. She frequently travels from her home in Jerusalem to visit Moshe and his grandparents. The Rosenbergs and Samuels have also been invited to meet the Prime Minister.

Rabbi Israel Kozlovsky, the director of Chabad House in Mumbai, said he was looking forward to a new era of ever-more friendly relations between India and Israel.