'Jealousy Has No Remedy': Pakistan's US Envoy Responds To Abdul Basit's Letter

In his letter, Abdul Basit had slammed Aizaz Ahmad Chaudhry as the "worst foreign secretary ever" and blamed him for several foreign policy disasters. 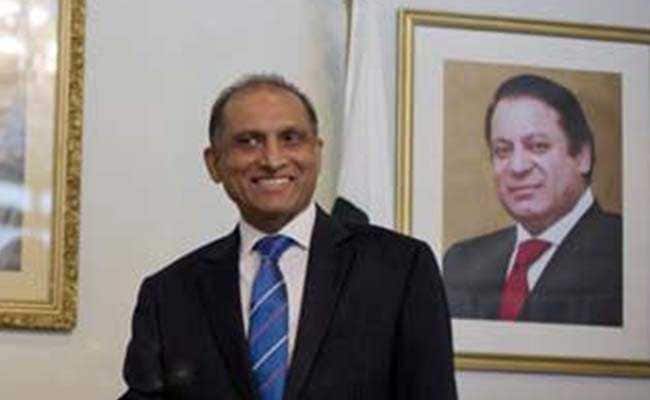 Islamabad: Pakistan's ambassador to the US Aizaz Ahmad Chaudhry today termed as "disgusting" a letter written to him by former envoy to India Abdul Basit and told the former diplomat that "jealousy has no remedy."

In his letter, Mr Basit had slammed Mr Chaudhry as the "worst foreign secretary ever" and blamed him for several foreign policy disasters including the Ufa joint statement with India. Mr Chaudhary officially did not comment on the letter but "shared his sentiments with officers of the Embassy" and confirmed for the first time that Mr Basit's letter was genuine.

"The letter is too rude and uncalled for. He wrongly thinks that he could not reach to the post of FS because of me. He has since retired. Jealousy has no remedy," Mr Chaudhry said, referring to Mr Basit's letter which had been making rounds on social media since Monday night.

"I have served my country to the best of my abilities.Some of us like Mr Basit fail to realise that life is a combination of human endeavour and fate. We have to accept in humility what life gives us and then thank the Creator for that. Mischief mongering and mud-slinging never pay in the larger scheme of things," he said.

Mr Chaudhry said that after the letter became public, many colleagues expressed their support and friendship to him.

"Now that the letter is on social media, I thought I should share with you my sense of disappointment at being targeted like that. I've decided not to respond to this disgusting letter, and leave the matter to One and Only who matters," he added.

Meanwhile, Association of Former Ambassadors in a statement noted with regret the unfortunate episode relating to the letter, according to Foreign Office.

"The contents of the letter appear to have been prompted by personal differences between two officers of the Foreign Services. The language and tone of the letter was upsetting and the members were of the view that it should not have been written or made public," the former ambassadors said.

They said that such episodes clearly add to the difficulties of the Foreign Office, which is faced with so many challenges in the region and globally.

Mr Basit, who was twice overlooked for the post of foreign secretary, made the harsh remarks in the letter dated July 5, 2017 and printed on his official letterhead while he still served as Pakistan's high commissioner in New Delhi.

"The more I think the more I am convinced that you have been the worst Foreign Secretary ever," Basit wrote in response to a farewell letter by Chaudhry which he sent to Mr Basit on March 12 after his appointment as the ambassador of Pakistan to Washington.

Instead of wishing him good luck on his new assignment, Mr Basit had an ominous warning in the letter: "My concern is that you would also end up being the worst Pakistan Ambassador in Washington D.C."

Mr Basit opted for an early retirement earlier this month and was replaced by Sohail Mahmood as the high commissioner.

It is pertinent to mention that Chaudhry was appointed as the foreign secretary by ignoring Basit.

Mr Basit was again ignored this year when his junior Tehmina Janjua was appointed foreign secretary, replacing Chaudhry who was sent to the US as Pakistan's ambassador.
Comments
Abdul BasitAizaz Ahmed ChaudharyPakistan US envoy