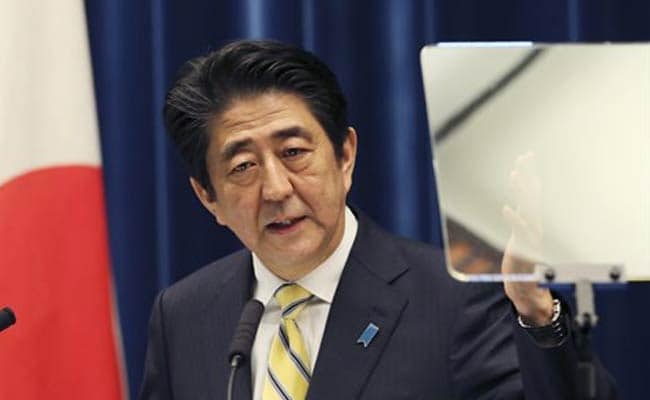 Diplomats said Abe would visit the monument on Washington's National Mall, which honors hundreds of thousands of Americans who died during the conflict, many at the hands of Japanese forces.

The visit will come before Abe becomes the first Japanese prime minister in history to address a joint session of the US Congress today.

Abe arrives for a landmark visit to the United States on Sunday, under intense pressure to issue a public apology for Japan's behavior during the war, particularly the treatment of "comfort women."

Mainstream historians say up to 200,000 women, mainly from Korea but also from China, Indonesia and other Asian nations, were forced into sexual slavery during World War II.

Abe is accused of embracing a "revisionist" account of events, straining relations with neighbors who are also US allies.

But he stopped short of repeating previous apologies, in a move that risks angering Beijing and Seoul.

Seoul has urged Abe to use his landmark speech to the US Congress to express his "sincere repentance" for wartime atrocities.

South Korean groups have lobbied against his appearance in Congress altogether, with some support from US lawmakers.

This year is the 70th anniversary of Japan's surrender that ended World War II.

Abe is expected to give a major speech in August to mark that event, but controversy about the war threatens to overshadow his trip to the United States.

Tokyo had hoped the focus would be on steps toward a major Trans-Pacific trade deal and deeper security cooperation with the United States.

In Washington, Abe is likely to stress Japan's commitment to non-aggression, but the extent to which he expresses remorse over the war will be closely watched.

Tokyo hopes the trip to the World War II memorial in Washington will demonstrate Abe's intent.

Promoted
Listen to the latest songs, only on JioSaavn.com
The visit may take on added significance as it was Abe's visit to Japan's controversial Yasukuni war shrine in December 2013 that did much to kindled anger about his views.

The shrine honors those who fought and died for Japan, but also includes a number of senior military and political figures convicted of the most serious war crimes.